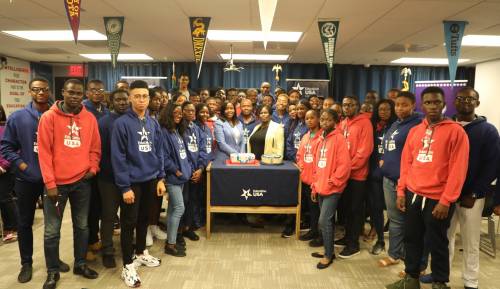 Despite the COVID-19 pandemic and restrictions proposed by the Donald Trump administration to curb the US foreign student population, Nigeria remains the major source of international students in America from Africa.

The latest data shows a 2.5 per cent increase.

The statement, which was written from the 2019/2020 Open doors report, indicated that the African student population in the North-American territory increased by 41,697.

The statement also noted that the US had welcomed over a million students to its campuses from across the globe.

Statistics from the Open Doors report indicate that there was a decline in persons coming to study in the US from other regions of the world.

“Amidst declining numbers of international study in other regions, sub-Saharan Africa stands out for its percentage of growth. The giants of West Africa– Ghana, and Nigeria–contributed significantly to the increased numbers in the region,” a statement from the report published by Ghanaweb said.

In September, the Department of Homeland Security proposed changes that would have seen students from Nigeria and 58 other countries have their study visa reduced to two years.

If implemented, any country on the Trump administration’s terrorism list or which is considered to have a high rate of students overstaying their visas in the past would be forced to spend extra money to renew their legal status in America after two years.

The renewal request could be turned down even if the proposal is genuine, experts said at the time.

In July, the Immigration and Customs Enforcement (ICE) said in a memo to university officials that students who intend to take all their courses online for the semester starting in September would not be given visas.

According to a think tank, New American Economy, international students generate an estimate of $32bn for the US economy and support over 300,00 jobs.