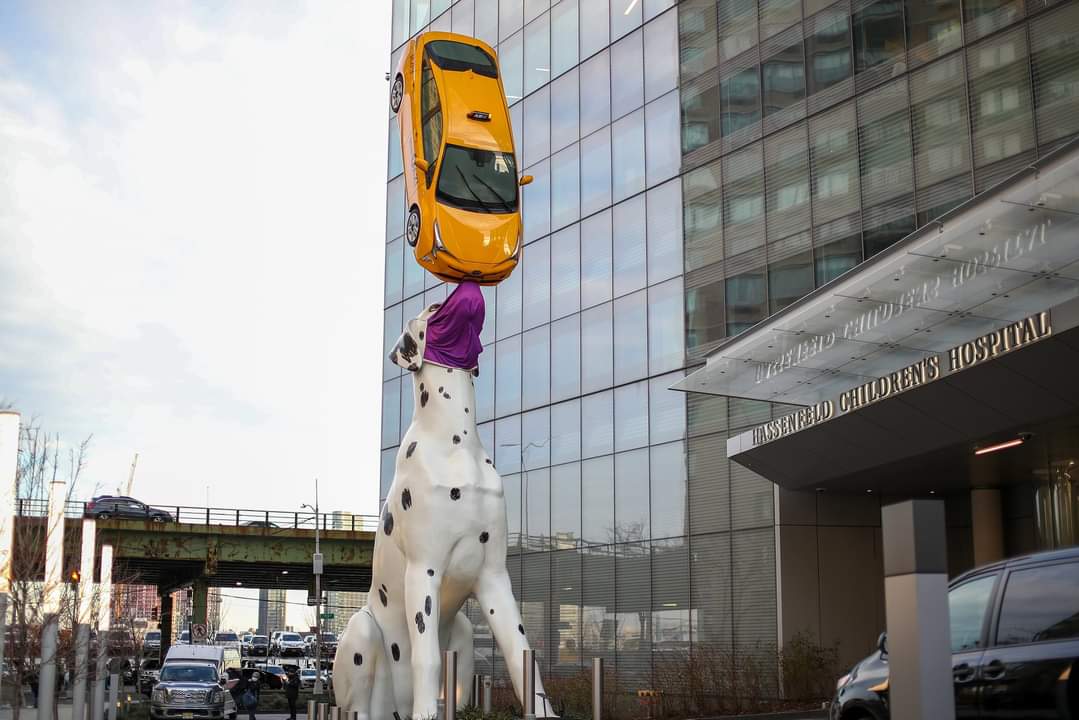 New York City just got another piece of public art thanks to the NYU Langone Hospital. As part of its renovation, a 30-foot-tall Dalmatian balancing a taxi cab on its nose has been installed in the NYU Langone Helen L. and Martin S. Kimmel Pavilion at 34th Street and 1st Avenue. The whimsical sculpture by Donald Lipski is just the latest addition to New York’s eclectic public art collection.

The Pavilion, which is set to open in July 2018, is the new permanent home of Spot!, Lipski’s creation made from fiberglass and steel. The overall piece (including the taxi cab) measures 38 feet in height and is intended to provide a lighthearted welcome to visitors of the new Hassenfeld Children’s Hospital. “I like to think that the parents, the doctors, the nurses, the staff and the neighbors, will all be smitten by this playful, heroic young dog doing the impossible. Art has actual healing power,” Lipski shares in a Facebook post. The work was especially meaningful to him as the hospital is located in his neighborhood and he passes it each day on his return home from the studio. 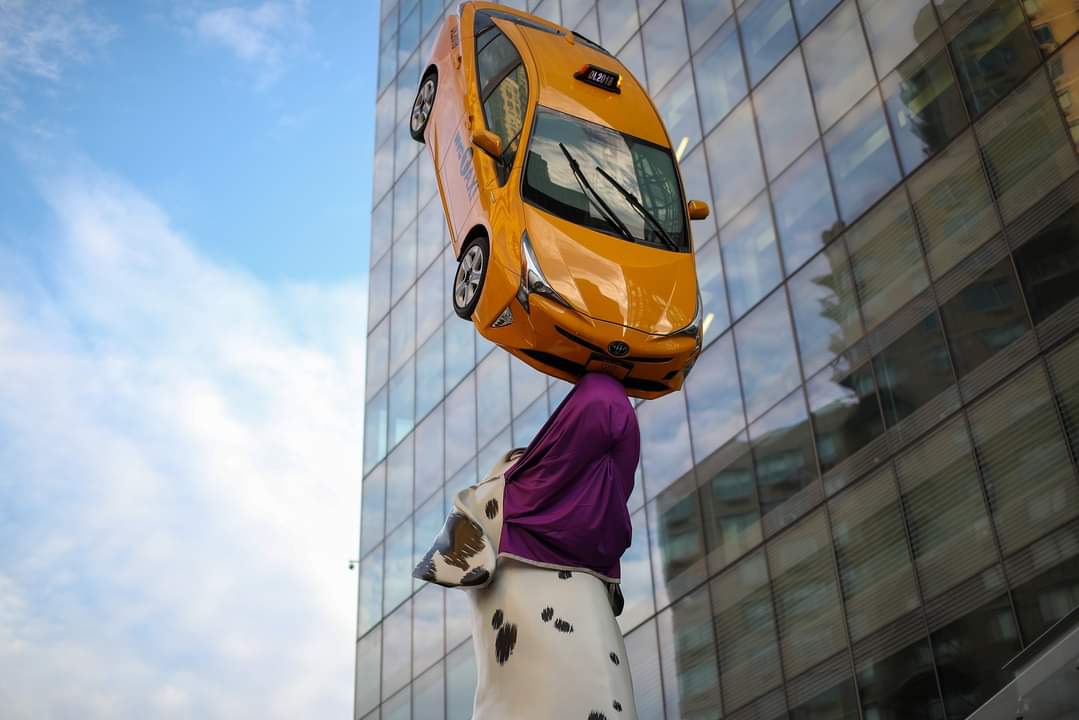 This joyful piece of art also gives a nod to the The Hassenfeld family, who founded the Hasbro toy company and serve as major donors for the new hospital. “I wanted it to be about toys and play in some way,” the artist confirms. It took a team to install the monumental sculpture, which was lifted in on a crane. The Dalmatian’s forelegs arrived separately, with the entire piece fitted together on site. The taxi is an actual Toyota Prius, donated by the car manufacturer. While it has no engine, transmission, or seats, the windshield wipers and lights work. Let’s hope they get put into action to add to the fun.