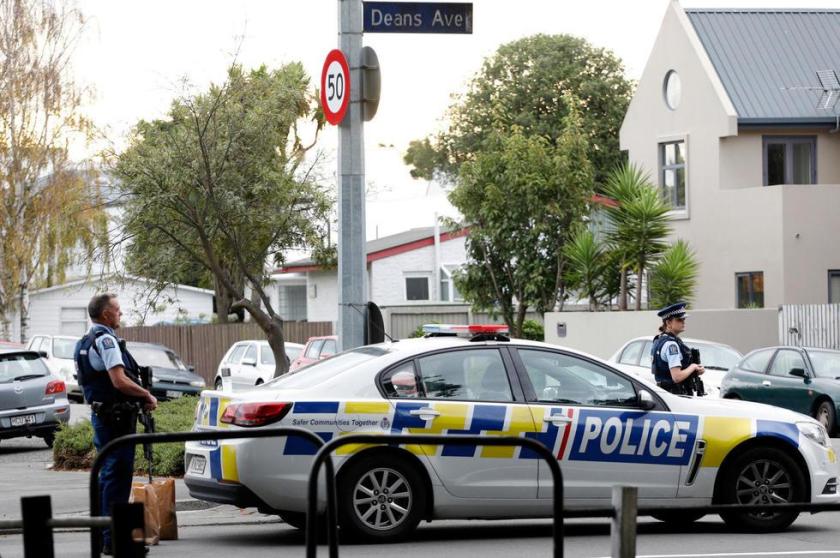 18-year-old man accused of sharing a Facebook live-stream video of the New Zealand massacre in Christchurch that killed 50 people has been denied bail.

Police officials have said the teenager – who cannot yet be named based on court order – was not involved in the attack on two mosques.

Australian white supremacist Brenton Tarrant, 28, has been charged with the Friday afternoon murders.

The accused teenage Facebook poster appeared in Christchurch District Court on Monday and was granted an interim name suppression order, but he was denied bail by Judge Stephen O’Driscoll.

The young man has also been charged with allegedly posting to social media a photograph of one of the South Island mosques being attacked with the message ‘target acquired’ along with other chat messages ‘inciting extreme violence’.

The details behind the alleged Facebook poster’s bail decision cannot be published.

He will reappear in court in April. If found guilty, he could face up to 14 years’ jail.