5 things anyone investing in Nigeria’s creative industry should know 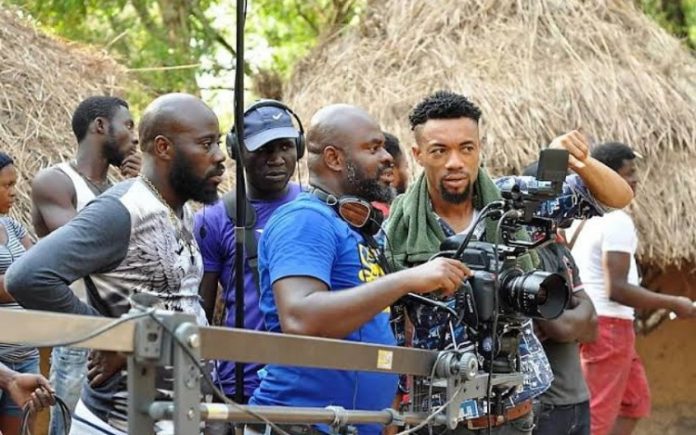 On my flight back from Los Angeles to Washington D.C., I passed through the rows of passengers, and I noticed one person had his eyes fixated on the 2017 Nollywood movie titled, “10 Days in Sun City.” My first impression of this was to highly commend the success story of the Nigerian film industry on an international scale.

It is one thing to have Nollywood films on the in-flight entertainment for international flights, but to see them on the local flight was a bit of a surprise. Nigerian creative industry continues to grow from strength to strength. A thought in my head conceptualized how the film and the other areas of the creative industry can further thrive with the help of investment from people in the diaspora.

1. Window of opportunity – Nigeria as a country is perfectly poised as one of the thriving economies on the African continent, especially from the lens of the creative industry. This presents people with several avenues of opportunity to do business in the country. According to a report by Nairametrics, the creative industry employs over a million people a year. Statista reports that the creative industry contributed $1.8 billion to Nigeria’s GDP in 2020. The animation industry in Nigeria is another area within the creative industry that is also thriving as well. In 2021, the first feature film from Nigeria, Lady Bucket and the Motley Mopsters, went worldwide when the French media powerhouse, Trace, partnered with Hot Ticket Productions to distribute the film to a global audience. The positive of this partnership led to the film being nominated for the 2021 Annecy Festival in France. This is an example of how foreign investment can support the creative industry in Nigeria. Whether it is the film, music, animation or visual arts, Nigeria remains the sought-after jewel.

2. Vibrant music industry – It is no secret that the Afrobeats genre, which has gained international recognition over the years, has been largely dominated by Nigerian artists. The likes of Wizkid, Davido, Tiwa Savage, Burna Boy and Mr. Eazi have become household names on the global scale. Presently, a new wave of artists like Omah Lay, Ayra Starr, Oxlade, Buju, C-Kay, and others are continuing in the footsteps of the household names by furthering the export of Nigerian music to the global playing field. The Nigerian music was projected to earn about 3.096 billion ($7,395,158) in 2021. Investments into recording companies, mergers and acquisitions remain opportunities. Perhaps a mapping of the different areas in this industry will help potential investors figure out the areas they want to pitch their tent. There have been few cross-fertilizations between the music industry and film industry in the area of publishing.

3. Vibrant movie industry – As I stated earlier, Nollywood, Nigeria’s flagship name for the film industry, is the third largest film industry after Bollywood and Hollywood. The success of the Nigerian film industry has been aided by the diaspora as well as the partnership with companies like Amazon and Netflix. A number of Nigerian films have made it to Netflix including The Lost Okoroshi by Abba Makama. Nairametrics estimates that Nollywood generates about $600 million on annual basis. More data and research will be needed. Is there any investor interested in entertainment research?

See also: MTN Rebrands as a Tech Company and Debuts a New Logo

4. Weak intellectual property laws – While the creative industry does have its positives. Nigeria does not have strong laws to protect the works of creatives. The Copyright Bill has been in the works for a while at the House of Assembly with changing faces. There is also the problem exacerbated by the piracy of material without the consent of the creator. Other aspects also include piracy unlicensed use of particular content. The loopholes within the law present a problem for creatives as they lose out on the monetary gain of their projects, due to illegal backdoor business. Creative moths steal artwork designs and mass produces them and pushes them through street vendors without the permission of the originator. The Nigerian Government also needs to have clear film incentive policies. There may be windows for tax incentives at sub-national levels.

5. Weak infrastructure – Nigeria’s creative industry is indeed thriving; however, the ability to sustain certain aspects of the industry falls short due to weak infrastructure. Nigeria lacks amenities like steady Power within the country. The issue of power and other infrastructure is not only peculiar to this industry. The recent podcast of the American Business Council Nigeria, The Business Exchange: How Business Works noted that “ Nigeria’s infrastructure deficit has been one of the biggest factors holding back growth and development. Last November, Moody’s Investors Service estimated that the country’s financing shortfall for infrastructure will be a staggering $3 trillion over the next 30 years. Beyond funding, weak institutions, lack of accountability and limited policy consistency across different administrations are cataracts that blight the pupils of growth. The situation is compounded by graft and the limited maintenance of existing infrastructure.

Production houses are hardly available. The lack of steady electricity, especially in remote areas, also restricts people from access to music and even movies. Perhaps a close look at the challenges may create opportunities for would-be investors.

Despite the negatives, the Nigerian market and its creative industry still present opportunities for foreign investors to take advantage of the space. The creative industry remains very valuable by helping to showcase the best of Nigeria’s talent to the globe and by announcing to the world that Nigeria is open for business.