5 Things Successful People Do Every Monday 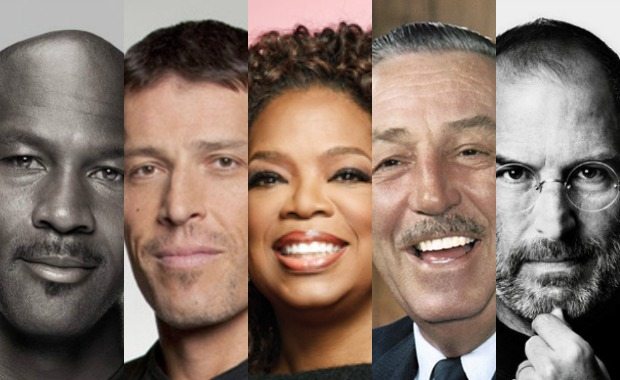 Successful people see red when others complain about the Monday blues. Members of #ThankGodItsMonday tribe, never complain about the end of the weekend. Instead, they see the new week as a golden opportunity to make positive moves. They rise early, exercise, plan their week, sift through emails, reach office before everyone else does and make as much headway as possible in terms of work. Leaving those who struggle to muster enthusiasm for Monday behind; successful people sail forth in the week.

Here are 5 things successful people do to start their week right. Next Monday morning give these a go!

1. Keep an upbeat attitude
Winston Churchill once said, “Attitude is a little thing that makes a big difference.” Successful people don’t waste their energy on a bad mood. They never kick off the week in a funk. Instead, they wake up Monday morning with a positive attitude. Gung-ho about the days ahead, they remain focused on the big prize and what they intend to accomplish.

Read also: Mark Zuckerberg on how to be a multi-billionaire and not raise spoiled kids

2. Keep an organized schedule
Heading into a new week without any planning can prove chaotic. Successful people are aware that their tasks don’t organize themselves. You need to make time to set up schedules and put systems in place. Without these processes, you’ll be wasting time that could have been used more productively. You can organize your schedule during the Monday morning commute if you’re not driving. Make a to-do list for the day/week, and if there’s still time, start making your phone calls and check email.

3. Delegate
Figuratively speaking, successful people have a million different tasks. However, they recognize a week isn’t enough to accomplish all of them. What they can do, first thing Monday morning is to assess what needs to get done over the coming week and allocate the necessary resources towards completing tasks. This ensures you aren’t caught unawares mid-week with too much work to be completed before the week is over.

4. Are proactive
Hurdles are part of any work life. But a successful person can leap ahead just by anticipating them. While planning and allocating, successful people factor in the obstacles they may encounter along the way. They always have a back-up plan in case they find themselves or a task stuck mid-week.

Read also: 4 simple tips that will instantly make you a better communicator

5. Plan their week
People who are at the top of their game at work may use their Mondays to set things up for the week ahead, but they don’t anticipate others will do the same. Which is why they believe in calling for a meeting on day 1 to discuss tasks for the week. The late Steve Jobs always set aside time to meet his team face-to-face on Mondays. “In this digital age… it’s really important to bump into people face to face, to hash things out, to look them in the eye, to yell at them and scream at them, and then to hug them and to know emotionally what they’re thinking,” the trailblazing CEO said. Successful people also use Mondays to schedule appointments so they don’t have to chase people later in the week.

No matter what, Mondays feel great if you love what you do. Only then you’ll be able to say #ThankGodItsMonday:).