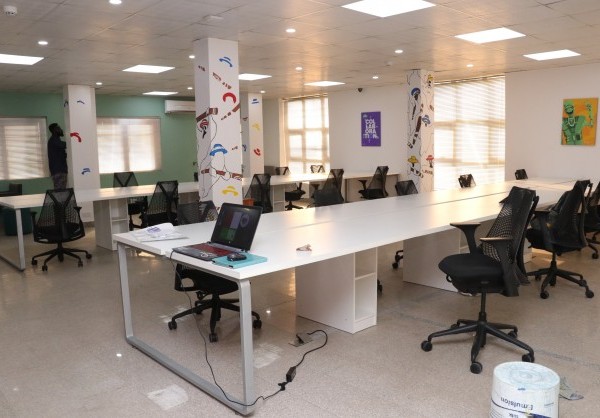 Innovation support network (ISN) recently got approval from the Corporate Affairs Commission (CAC), however they will run as an NGO, with the sole intention of deepening collaborations amongst hubs and entrepreneurs dotted across the country.

Hubs across Nigeria have come together to launch a unifying body for Nigerian hubs which they call the ‘Innovation Support Network’ Hubs.

A total of 75 innovation hubs, from the different geographical regions across Nigeria, have reportedly consented to becoming members of newly formed ISN.

Based on reports, all 75 innovation hubs paid a subscription of ₦25,000 ($69) each, which apparently was instrumental to birthing the new entity.

For starters there’s NINe, the Network of Incubators and Innovators in Nigeria, an enterprise support organisation founded in 2013.

This is not the first time Nigerian hubs will come together to form a network.

But with ISN, as many Nigerian hubs have gone the extra mile of contributing their finances. So it begs the question of whether existing structures do not indeed foster collaboration between these hubs.

New CEO of Jos-based nHub, Theodore Longji says the ISN structure offers a lot more than what was in existence.

“What we had previously was perhaps not strong enough in terms of sourcing for funds, opportunities and partnerships for hubs in the entire startup ecosystem.”

“Individually, hubs find it difficult to achieve their goals. Coming together so far has given hubs a platform for collaboration, partnerships, exchange programmes and also an idea of what is happening in other regions,” says Hanson Johnson, CEO of Uyo-based Start Innovation hub.

For Charles Emembolu, founder of Roar Hub in Nsukka, his motivation for joining ISN stems not only from the possibility of fostering collaboration amongst hubs but in its potential to contribute to local solution growth.

“I believe the ISN structure will enable the development of our own locally brewed innovation templates, frameworks and ability to push forward better guided government and organisation engagement.”

One argument for the existence of hubs is that they play a critical role in developing a nation. Ideally, hubs should be helping to create jobs as well as stimulate socio-economic growth by leveraging and creating awareness for science, technology and innovation.

Save for an obvious increase in the number of hubs in the country, it is really hard to say if the majority of them have lived up to the promise. The underlying premise is evident in the initial skepticism shown by chief pioneer of ISN, Chukwuemeka Fred Agabata Junior.

“Quite frankly, I assumed that not more than 10 hubs would pay the ₦25,000, but within just two weeks, 75 of them responded to my pleasant surprise,” says Chukwuemeka.

In order for things to work Charles of Roar Hub believes everyone has to really work together.

“Many of us playing in this sector believe that Nigeria’s greatest asset is its people, as such all hands have to be on deck to lift our innovation capacity to such heights as Sweden and South Korea amongst others.”

Maybe by supporting one another with capacity, knowledge, finance, network and enabling policies, things might truly begin to look different for hubs.

A notable absentee on the list of 75 hubs that form ISN is the Co-creation Hub (CcHUB).

The subscription fee to ISN is one-off and even though there will be an annual membership fee, Chukwuemeka tells us that it is yet to be determined.

Is this a step in the right direction, we would like to hear your thoughts.