HomeRecommended8 Made in Africa Cars by African Manufacturers
Recommended

8 Made in Africa Cars by African Manufacturers 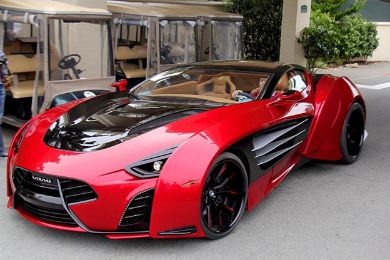 Africans may have been manufacturing durable, fancy and affordable cars for some time now, However, they may not have been gaining international recognition like that of other international automobiles company like Toyota, Mercedes-Benz, Honda and few of others.

We have seen the likes of Nigeria’s Innoson motors led by Innocent Chukwuma of Innoson Motors, Morocco’s Mohamed Laraki and Kantaka cars from Ghana who are changing the narratives with the made in Africa cars and innovations. The most fascinating aspect is that they sourced for the vehicle’s material locally and can compete in the international market.

From Mobius in Kenya to Kantanka in Ghana and Wallyscar in Tunisia and from all across the continent; Here’s a definitive list of the cars manufactured in Africa by Africans for the African Market. 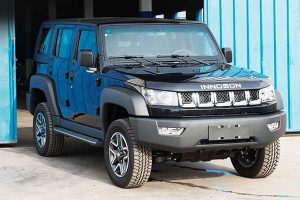 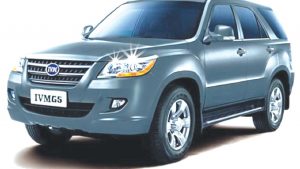 Nigerian born entrepreneur, Innocent Chukwuma is the founder and developer of The Innoson Vehicle Manufacturing Company, Nigeria. They are the first technology company to manufacture cars in Nigeria.

At the moment, Innoson Motors is one of the biggest car manufacturers on the continent. So far, it has produced luxury, minibuses and trucks. Innoson cars are already on sale and in use in Nigeria. Innoson has released at least 500 Nigeria-made cars at the cost of between N1.5- N3.5 million. It produces a very wide variety of cars and because of this, it is able to attract the patronage of the Nigerian government.

See also: Netflix names first African to its board of directors

From their plant in Nnewi, Anambra, Nigeria, Innoson assembles various vehicles some of which are pickup vans, SUVs, and Buses. Some of its models are Innoson Fox, Innoson Umu, and Innoson G5 which is an SUV. 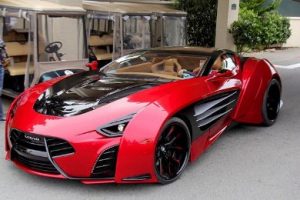 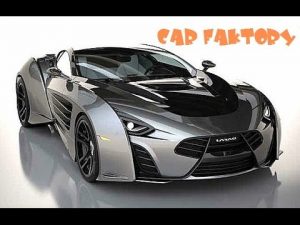 Founded in Morocco by Mohamed Laraki, a businessman and car designer in 1999.

The Casablanca based car company started operations by manufacturing Yacht and later move to move to the manufacturing of luxurious supercars. The first car it produced is the Laraki Fulgura, and that was in 2002.

The car was powered by a Mercedes-Benz engine and makes use of the 1991 Lamborghini Diablo Chasis. Borac was its next car, followed by Epitome, and from then on, the company has kept growing and evolving. Its 2013 Laraki Epitome Concept is sold for $2,000,000. It has a V8 engine, 1100 Horsepower (RPM), and a top speed that is estimated at 175 mph.

Larakis are strictly concept cars, custom-built for each customer, and were ranked among the most expensive cars in the world in 2015, priced at over $2- million (about R33-million) each.

Wallyscar – Made in Tunisia 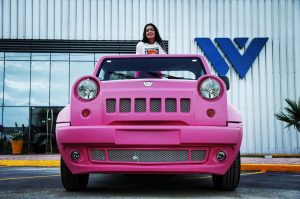 The small but powerful Wallyscar is manufactured in La Marsa, Tunisia. Founded in 2006, the company is known for building for affordable, reliable and powerful 4X4s, despite the size of its vehicles, which are similar to Suzuki and Skoda.

See also: Mohed Altrad the Billionaire who overcame a tragic beginning to become a Successful businessman

According to reports from 2014, the company sells over 600 units a year, predominantly in Africa and the Middle East, but also as far as Panama and Europe. The company’s plans include making its sporty, colourful, off-road vehicles more environmentally friendly, as well as trying its hands on international off-road motorsport. 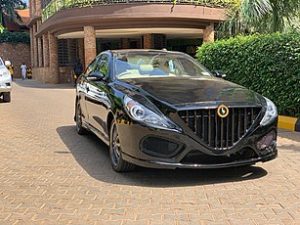 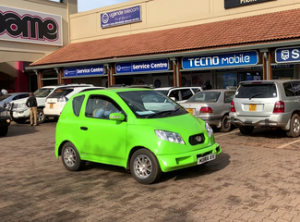 KMC is a Ugandan automotive company that comes in a different way from other automobile company we’ve mentioned before. KMC is interested in creating a hybrid electronic vehicle. It was launched in 2014 by the engineering students of the University of Makerere who participated in the Vehicle Design Summit launched by MIT students in 2006. The company is backed up by the Government of Uganda.

In its line of Cars, the Kiira has Kayyoola Solar Bus, Kiira EV Smack, and Kiira EV POC which has a battery bank capacity of 40AH and 207V.

A 2-seater car, it is powered by a 26 Horse Power. The line of cars produced by Kiira may signal the dawn of a new dawn for Uganda’s Automotive Industry. 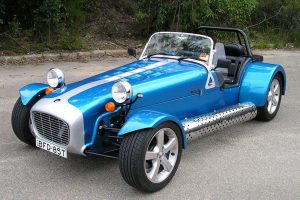 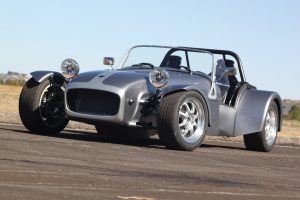 Birkin is among other oldest cars made in Africa. The South Africa based automotive company began in 1982 by John Watson. The car sells in different parts of the world including the United States, Japan, and across Europe. Known for quality classic reproductions, Birkin cars include the SS3 Street Series and the CS3 Clubman Series 3. 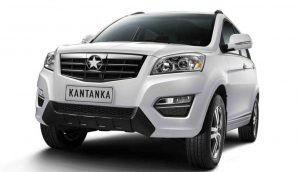 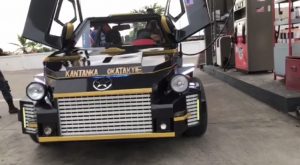 The Kantaka cars is an automobile company that was established in Ghana by Dr Ing. Kwadwo Safo Kantanka.

The Kantaka produces both saloon and four-wheel drives. The company also has SUVs which include the Nkunimdie and the Kantanka Opasuo. There is also the Kantanta Onantefuo 4×4 pickup. At the moment, some Africans are already owners of this proudly made in Ghana car. They are on sale in variety of colours and models. We have the Kantanka SUV, the Kantanka pickup, etc. In case you want to see for yourself, the Katanka Automobile Company’s manufacturing plant is located in Gomoa Mpota in the central region of Ghana.

The most recent and adventurous development from this company is the Kantanka Odeneho V8 and Okatakyie that looks like Mercedes G-Wagon. 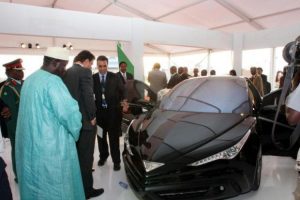 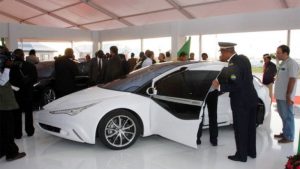 Launched in 1999 by Libya’s former leader, Colonel Muammar Gaddafi. Gaddafi invented this rocket car to be the safest car in Africa and the world. The five-passenger saloon car has an inbuilt electronic defence system, a collapsible bumper which protects passengers in head-on collisions, as well as an interior that is designed with airbags to make it extremely safe.

The car is 17 feet long, over six feet wide comes with a 3-litre, V-6 gasoline engine. It also has the ability to run hundreds of miles on a flat tire, and can easily cut off the fuel supply in case of fire.

The prototype of the car cost 2 million euros, it was intended that it would be mass-produced at 50,000 euros. 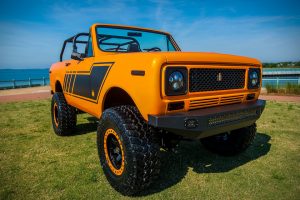 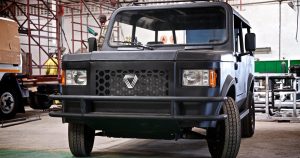 Mobius Motors released the first batch of their low-cost vehicles towards the end of last year. The multi-purpose vehicle which costs about $10,000 was manufactured for Africa’s mass market. Mobius motors are designed around Africa’s common road terrain and transport usage. The Kenyan company that took up the audacious task of producing low-cost vehicles for Africa’s off-road and rough terrain plans to increase the production of a newer, more advanced model next year after an optimistic reception of its pioneer model. It anticipates the new Mobius II, which will be a more enhanced version of its pioneer model, will have advanced features such as a better interior and exterior appearance, power steering, sealed side windows and much higher ground clearance. The expectation is that the enhanced model will gain an even better reception in the East African market.

As we are well aware, Africa has been a consumer and not much of a producer over the years, when it comes to cars. The level of consumption is almost alarming and no one ever thinks of production. Last year, Africa was estimated to have bought about 2 million new cars.

As change is inevitable, some African entrepreneurs have refused to be left out in the very lucrative automobile industry, and with the increasing patronage they get; their dreams might well just be a reality. With more entrepreneurs in the space and with support from governments and corporations paving the way for Africa’s homegrown automotive industry. This might be the rise of an automobile boom for Africa. Time and Africans will tell.