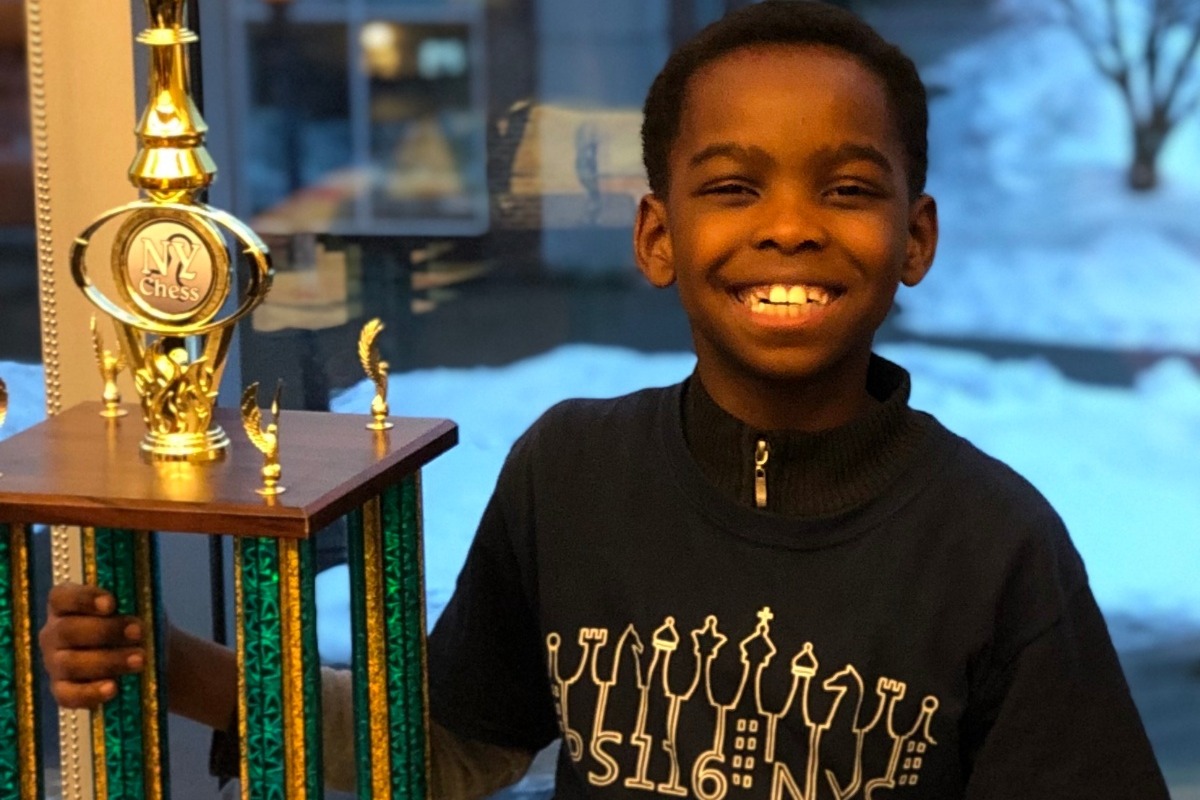 Tani and his parents Kayode and Oluwatoyin Adewumi fled northern Nigeria in 2017 fearing attacks from Boko Haram and have been living in a homeless shelter in Manhattan since then.
But their story is changing, thanks to Tani’s achievements.
Speaking about chess, Tani told CBS News, “It’s deep thinking, you have to like understand a lot of stuff.”
Tani defeated 73 of the best chess players in his age group in New York to win the state championships
“I was the first to win states… like my first states to ever go to and win it,” Tani said. “I want to be the youngest grandmaster in the world and beat the world champion’s record,” he added.
Speaking of Tani, his coach at his elementary school P.S. 116, Russell Makofsky said: “His intellect, his aptitude, his capacity to learn chess is off the charts.”
“From not playing to beating the best of the best in one year is unheard of, all while living in a homeless shelter,” Makofsky added.
His mother said: “We are grateful to God for giving us the opportunity to put him in a school that he can see his goal and get his career.”
According to CBS News, an attorney has volunteered to represent them in their asylum case pro bono. Also, a GoFundMe campaign for the family has raised more than $102,000.
This May, Tani will compete in the national championships.