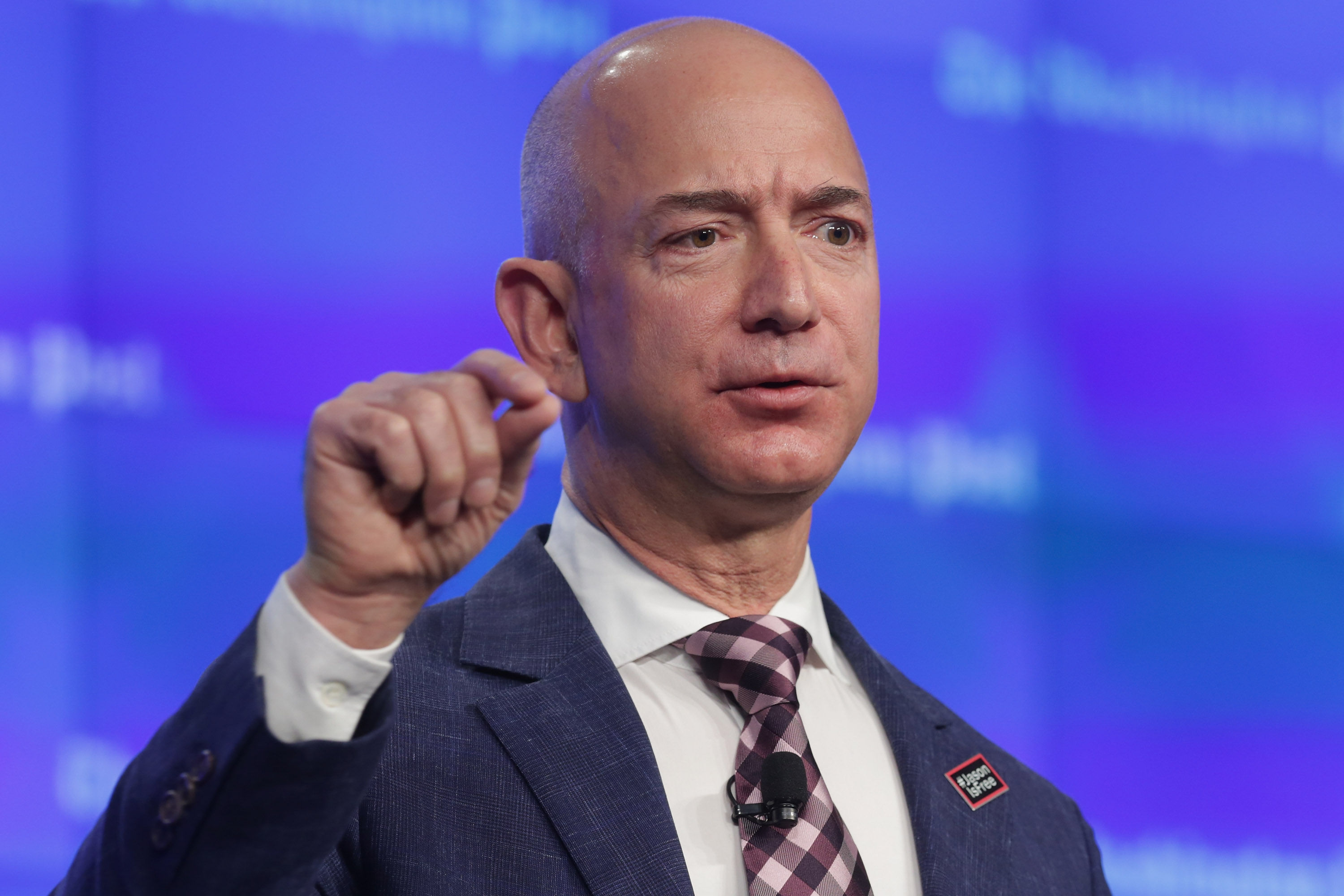 Jeff Bezos is a tech billionaire and the richest person on the planet. Worth an estimated $121 billion.

The Amazon CEO is $16 billion richer than the world’s next-richest person, Bill Gates.

Bezos even retained his ranking as the world’s richest person following his divorce from MacKenzie Bezos, after which she kept a 4% stake in Amazon worth roughly $35.7 billion, making her the third-richest woman in the world.

Although his annual salary is only $81,840, most of Bezos’ wealth comes from his Amazon shares. The world’s richest man makes $2,489 per second — more than twice what the median U.S. worker makes in one week, according to calculations by Business Insider.

Here are nine mind-blowing facts that show just how wealthy Bezos really is.

Of course, a large portion of Bezos’ wealth is tied to Amazon stock, not his salary.

Business Insider previously calculated how much Bezos actually makes in a year, based on the change in his net worth year-over-year, and found it to be closer to $8.9 million.

What’s even more impressive is if you break that down to how much Bezos makes every day, every hour, and even every second.

As Business Insider’s Hillary Hoffower previously reported, that means that in just one minute, the Amazon chief makes more than three times what the median US worker makes in a year — $45,552. These numbers were calculated shortly before the Bezos divorce.

MacKenzie, on the other hand, is now the third-richest woman in the world after L’Oreal heiress Francoise Bettencourt Meyers and Walmart heiress Alice Walton.

MacKenzie, who was one of Amazon’s first employees, is now worth an estimated $38.9 billion.

Bezos’ fortune is greater than those three universities’ endowments combined — with more than $22 billion to spare.

The British royal family is worth an estimated $88 billion, according to Forbes.

About half of Angola’s $121 billion GDP comes from oil production,which accounts for more than 90% of the country’s exports.

5 Things Jeff Bezos Does Other Than Work

Elon Musk is now the richest person in the world, passing Jeff Bezos

How Bill Gates and Jeff Bezos Get More Done Every Morning: The Law of First Things

Breaking: Zugacoin capital base rises to $47B in CoinMarket Cap