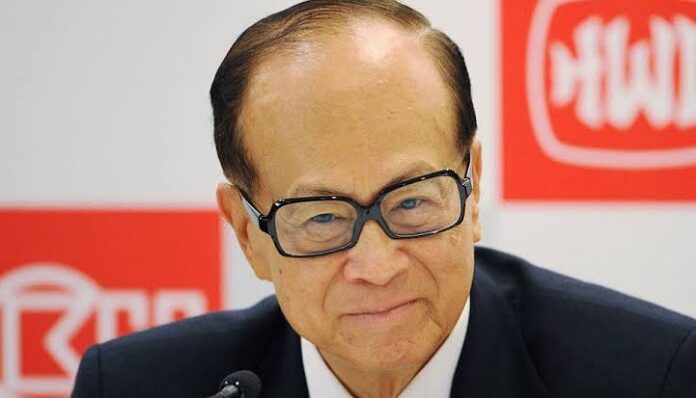 The wealthiest real estate magnate in the world is Li Ka-Shing, who was born in Chaozhou, China, on June 13, 1928. His $30.5 billion net worth makes him the 41st richest person in the world thus his net worth is equivalent to 17.6 million troy ounces of gold or 314 million barrels of crude oil.

Despite warnings of increasing threats from a global recession, Hutchison Holdings Ltd., the conglomerate established by billionaire Li Ka-Shing, saw its profit increase 4.3% in the first half of this year thanks to its global activities.

Recent reports show the flagship company of the CK Group achieved a net income of HK$19.09 billion (US$2.43 billion) for the six-month period ending in June. From the same time the previous year, total revenue increased by 8.1% to HK$229.6 billion. In comparison to the previous year, it increased the interim dividend to HK$0.84 per share.

When the Japanese invaded China in 1940, Li’s family escaped to Hong Kong. Li was forced to start working as an apprentice at a factory at the age of 14 after his father passed away. In 1950, he founded a facility that produced plastic flowers, after which he started making real estate investments.

After violence sparked by the Cultural Revolution lowered costs in 1967, he purchased real estate in Hong Kong (he did so again after the Tiananmen Square crackdown in 1989). Twelve years later, Li’s leading business, Cheung Kong, had built roughly one in every seven private homes in the city.