HomeNewsMeet Adeoye Owolewa, the first Nigerian to be elected into the United...
News

Meet Adeoye Owolewa, the first Nigerian to be elected into the United States Congress 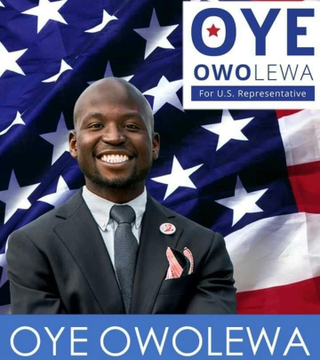 Nigerians in the diaspora are making the country proud and one of them is Adeoye Owolewa who has just been elected to the United States Congress, Adeoye who ran under the umbrella of the Democratic Party, will be representing Washington DC in the House of Representatives.

Adeoye Owolewa eventually made history being the first Nigerian to be elected to the United States Congress. The 31-year-old politician ran on the platform of the Democratic Party to represent Washington DC in the House of Representatives.

Adeoye is a first-generation Nigerian-American. His parents, born and raised in Nigeria, raised him with 2 guiding principles, a value in community service and an early exposure to science. This exposure became a love for science, culminating in him achieving a
Doctorate of Pharmacy.

In 2018, Adeoye Owolewa was elected commissioner of his neighborhood in Southeast DC. In this position, he served as the medium between the community and the local government.

Adeoye worked to bring resources to the underserved by advising DC lawmakers based on continued community feedback.

Some of Adeoye’s most notable achievements were increasing science enrichment programs in Southeast elementary schools, adding traffic safety measures and helping bring a Senior Day Center to the neighborhood.

As commissioner, Adeoye Owolewa learned the value of being an advocate and community resource.

Read Also: Miracle: Little girl found alive after being under Earthquake rubble for over 3 days (Photos/Video)

Share
Facebook
Twitter
Pinterest
WhatsApp
Previous articleMeet the First Black Woman to Receive a Ph.D. in Neuroscience from a University in the US
Next articleWhatsApp Introduce feature that allows You automatically delete your Messages after seven days
RELATED ARTICLES
News