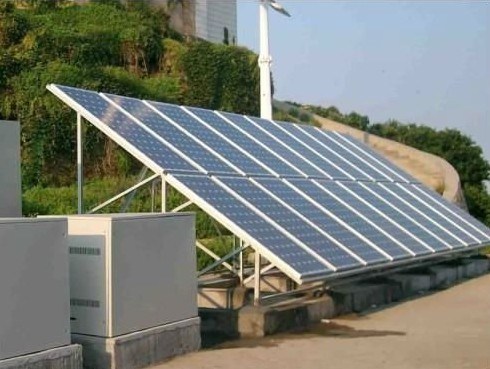 The African continent has been facing through tough instances with scarcity of energy. The frequent cuts in power supply have been having a toll on businesses and domestic consumers. It is estimated that in the Sahel region – Senegal, Nigeria, Mauritania, Mali, Burkina Faso, Niger, Chad, Sudan, and Eritrea, about 64% of the population lives without electricity, hindering economic and social development.
Energy poverty in Africa is estimated to cost the continent 2-4 % GDP annually, cites figures from the African Development Bank (AfDB). Thanks to an initiative that will harness the exceptional solar resource of the Sahel region, the trend is likely to change. Known as the Desert to Power programme, the initiative is led by the AfDB and other partners to turn Africa’s deserts into new sources of energy. Outlined as part of the Paris Agreement climate change talks at COP24 in Katowice, Poland this week, the project will provide green electricity to 250 million people through the development of 10,000MW of solar power systems by 2025.
Magdalena J. Seol in the AfDB’s Desert to Power Initiative said: “Energy is the foundation of human living – our entire system depends on it. For Africa right now, providing and securing sustainable energy is in the backbone of its economic growth.” “A lack of energy remains as a significant impediment to Africa’s economic and social development,” she added.
The Sahel is a semi-arid region on the southern edge of the Sahara Desert, stretching across the African continent from Senegal in the west to Ethiopia in the east. The programme to turn the desert into energy was first highlighted in June 2018 when the African Development Bank and its partners – the Green Climate Fund, and the Africa50 investment fund signed a letter of intent on the sidelines of the annual meetings of the African Development Bank.
AfDB President Akinwumi Adesina at the time indicated that with investment from the private sector, the initiative could ultimately become the world’s largest solar power zone. The Desert to Power Programme which will help developing countries adapt to and mitigate climate change, will also create employment and attract private sector involvement in renewable energy in the region. Electricity will also be more affordable for low-income households while people will “transition away from unsafe and hazardous energy sources, such as kerosene, which carries health risks.”
Currently, renewables projects in Africa include the Ouarzazate solar complex in Morocco, which is one of the largest concentrated solar plants in the world as well as the Climate Investment Fund that has helped fund the Sere Wind Farm in South Africa.