Africa’s Richest man, Aliko Dangote, says he is committed to combating malaria in the continent 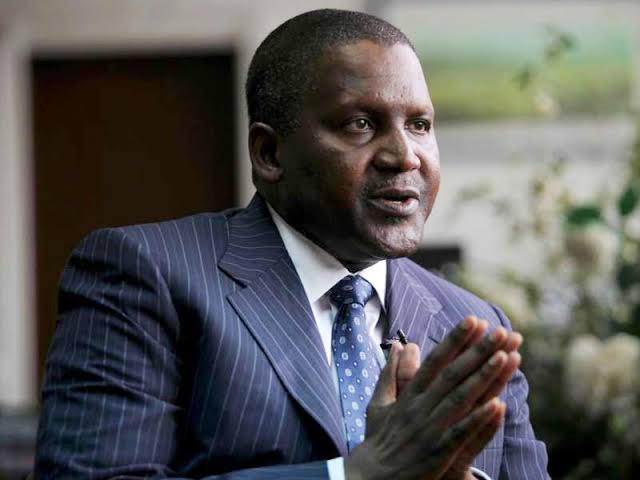 As the world observed World Malaria Day 2019, Aliko Dangote, who is the richest man in Africa, says he is committed to combating malaria in Africa and called on all stakeholders to redouble their commitment to eliminate the life-threatening disease.

According to the World Health Organisation (WHO), nearly half the world’s population is at risk of malaria – a disease that killed 435,000 people in 2017 and still kills a child every two minutes with Africa bearing the worst hit.

Dangote, the President of Dangote Group and United Nations (UN) Malaria Ambassador for Nigeria, stated this in a note released on Thursday to commemorate World Malaria Day.

He said he is committed to the fight against malaria and his organisation is currently rolling out a comprehensive malaria training programme for staff aimed at increasing awareness, prevention and control.

“As the UN Malaria Ambassador for Nigeria, I’m committed to this fight; and as an organisation, malaria remains a core focus for Dangote Group of Industries. Our strategy is hinged on prevention and control starting from the workplace to communities.

“We are currently rolling out a comprehensive malaria-training programme for staff aimed at increasing awareness, prevention and control of malaria as well as reducing related absenteeism at selected Dangote workplaces, these and more we are doing to contribute to the fight. But I cannot do it alone, no organisation or sector can achieve the ambitious goal of malaria elimination alone.

“I, therefore, want to call on all stakeholders, public sector, private sector, donors, non-governmental organisations, and others to redouble their commitment and join me in this fight to eliminate malaria. Together, let us save our children, family, nation and continent.”

Nearly half the world’s population is at risk of malaria and Africa is the worst hit
In its World Malaria Report released 2018, WHO said fifteen countries in sub-Saharan Africa and India carried almost 80% of the global malaria burden.

Out of the fifteen countries, 5 countries – Nigeria (25%), the Democratic Republic of the Congo (11%), Mozambique (5%) and Uganda (4%) faced the worst malaria cases worldwide.