The idea of designating specific military aircraft to transport the President arose in 1943, when officials of the United States Army Air Forces, the predecessor to the U.S. Air Force, became concerned with relying on commercial airlines to transport the president. A C-87 Liberator Express was reconfigured for use as a presidential transport; however, it was rejected by the Secret Service amid concerns over the aircraft’s safety record. A C-54 Skymaster was then converted for presidential use; this aircraft dubbed the Sacred Cow, transported President Franklin D. Roosevelt to the Yalta Conference in February 1945, and was subsequently used for another two years by President Harry S. Truman. 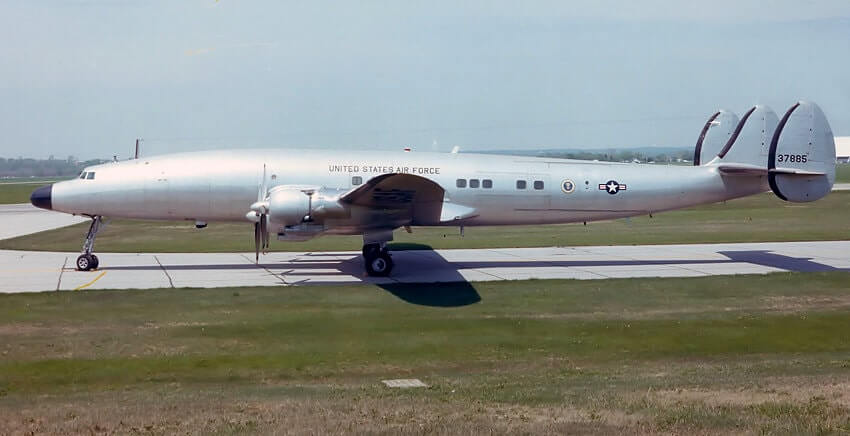 Most people have a general idea that the president’s plane is a flying office with all sorts of high-tech equipment. But there are two essential facts about Air Force One that the general public isn’t aware of.

See also: Nigerian lady makes country proud, gets commissioned as a second lieutenant in US Marine

The two planes have the same general structure as a normal Boeing 747-200B and similar capabilities. They are almost as tall as a six-story building, and they’re as long as a city block. Each has four General Electric CF6-80C2B1 jet engines, which provide 56,700 pounds of thrust apiece. The top speed is between 630 and 700 miles per hour and the ceiling maximum (how high the plane can fly) is 45,100 feet. Each plane carries 53,611 gallons of fuel and weighs 833,000 pounds fully loaded for a long-range mission. With a full tank, the plane can fly halfway around the world.

Air Force One has 4,000 square feet of interior floor space. Much of it looks more like a hotel or executive office than a jetliner, except for the seatbelts on all the chairs. The lowest level of the plane mostly serves as cargo space. Most of the passenger room is on the middle level, and the upper level is largely dedicated to communications equipment.

The president has onboard living quarters, with his own bedroom, bathroom, workout room, and office space. Most of the furniture on the plane was hand-crafted by master carpenters.