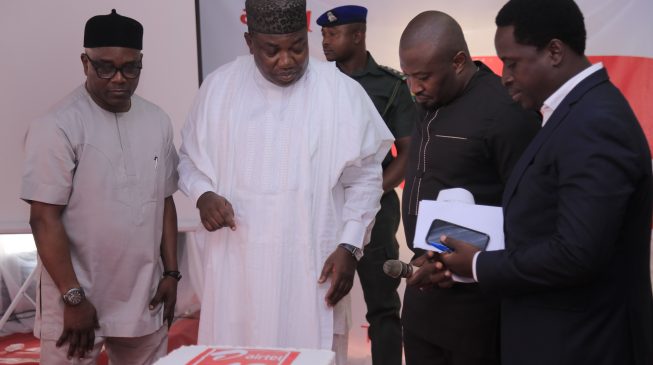 Ifeanyi Ugwuanyi, the governor, launched the service at the regional office of Airtel in the state.

He thanked the telecommunications company for the initiative, saying it will boost personal productivity, trade and commerce as well as provide solid platforms for people to become successful in their respective endeavours.

Speaking at the event, J.U Nnaji, Odezuligbo III, Igwe of Enugu, said he is impressed by Airtel’s commitment to the state.

“Airtel has been a good friend of the palace. I am happy about the strides Airtel has made with the launch of 4G services in Enugu,” he said.

“I usually watch your adverts and I enjoy them so much. I am glad to associate with whatever you are doing in Enugu and I give you my full blessings on the unveiling of your 4G network.”

Dapo Dosunmu, regional operations director of Airtel Nigeria in the south region, led a delegation to Ugwuanyi at the government house in Enugu.

Dosunmu thanked the governor for his support and for creating an enabling environment for business to thrive.

He said Airtel is committed to the state and “will continue to connect much more towns to our 4G network”.

“This is not just the launch of 4G in Enugu but a total modernization of the Airtel network infrastructure in Enugu with new and innovative offerings that will empower and offer real value to the great people of this state,” he said.