HomeBillionairesAliko Dangote worth $17.8B, now 117th richest man in the world
Billionaires 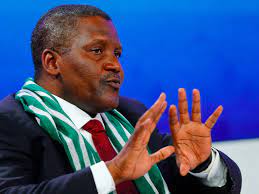 Africa’s richest man, Aliko Dangote has been ranked 117th in the latest Bloomberg Billionaires Index. This was captured in a daily ranking of the world’s richest people which is updated at the close of every trading day in New York.