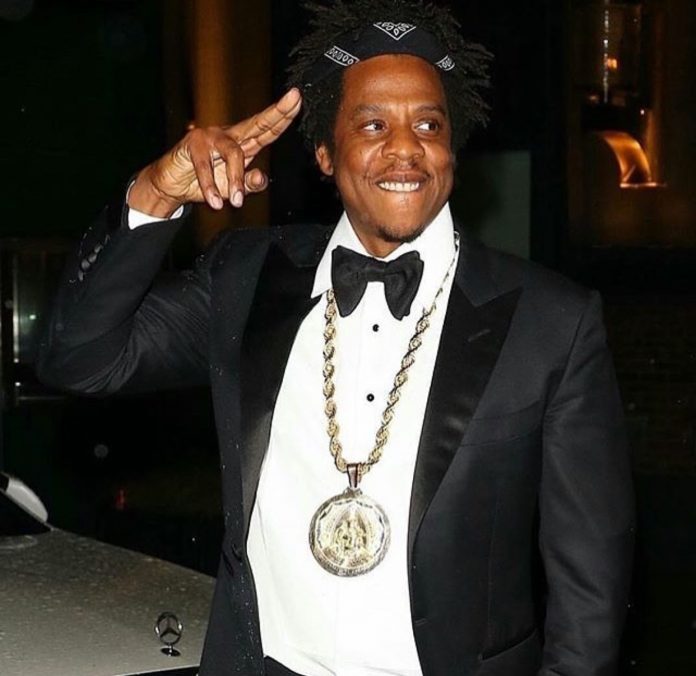 Forbes has named American music mogul, Shawn Corey Carter, known professionally as Jay–Z, as the richest musician in the world.

The rapper is now the first rapper to become a billionaire.

“It’s clear that Jay-Z has accumulated a fortune that conservatively totals $1 billion, making him one of only a handful of entertainers to become a billionaire—and the first hip-hop artist to do so,” Forbes said.

Forbes’ breakdown indicated that the rapper’s chief source of wealth is his $300-a-bottle Armand de Brignac champagne brand (at $310 million), but also boasts of investments at well over $200 million (including a large stake in Uber).

Forbes said the reason Jay-Z’s wealth went all up on the table is his new business interest in alcohol.

His streaming service, Tidal allegedly supplies about $100 million of his net worth, just behind his cognac D’Ussé.

He and wife Beyoncé were recipients of the Vanguard Prize at the GLAAD Awards in March.

Jay-Z was born in December 4, 1969, he is an American rapper, songwriter, producer, entrepreneur, and record executive. Considered among the best rappers of all time, he is regarded as one of the world’s most significant cultural icons and has been a global figure in popular culture for over two decades.

Born and raised in New York City, Jay-Z first began his musical career after founding the record label Roc-A-Fella Records in 1995, and subsequently released his debut studio album Reasonable Doubt in 1996. The album was released to widespread critical success, and solidified his standing in the music industry. He has gone onto release twelve additional albums, which have all attained generally positive critical reception and universal commercial success, with The Blueprint (2001) and The Black Album (2003) albums later being heralded as modern musical classics.[13][14] He has also released the full-length collaborative albums Watch the Throne (2011) and Everything Is Love (2018) with Kanye West and wife Beyoncé, respectively.

Outside of his musical career, Jay-Z has also attained significant success and media attention for his career as a businessman. In 1999, he founded the clothing retailer Rocawear, and in 2003, he founded the luxury sports bar chain 40/40 Club.

Both businesses have grown to become multi-million dollar corporations, and allowed Jay-Z to fund the start-up for the entertainment company Roc Nation, which was founded in 2008. In 2015, he acquired the tech company Aspiro, and took charge of their media streaming service Tidal, which has since become the world’s third-largest online streaming company.[17] His marriage to musician Beyoncé has also been a source of substantial media attention.

Jay-Z is among the most critically acclaimed musicians and one of the best-selling music artists of all time, with over 100 million records sold worldwide. He has won a total of 22 Grammy Awards, the most by a rapper, and holds the record for the most number-one albums by a solo artist on the Billboard 200, with 13.He has been ranked by Billboard and fellow music publication Rolling Stone as one of the 100 greatest artists of all time. In 2017, he became the first rapper to be honored into the Songwriters Hall of Fame, and in 2018, received the commemorative “Salute to Industry Icons” award at the 60th Grammy Awards.