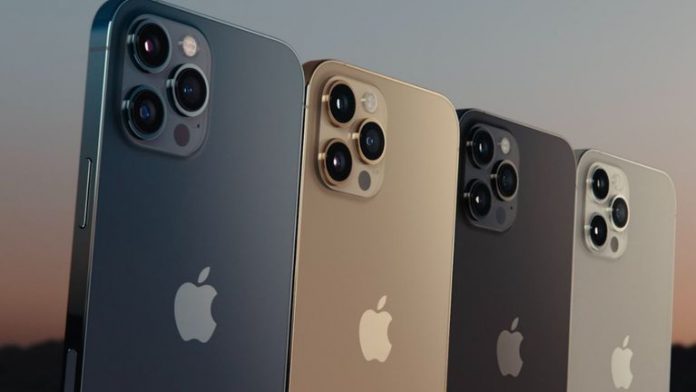 Apple held its “Hi, Speed” event, where it introduced four new iPhone 12 phones, which have all-new designs and will all support 5G wireless networks. Apple also unveiled the HomePod mini, a smaller and more affordable version of the HomePod smart speaker.

Apple Unveils The iPhone 12, With A Brand-New Design And 5G

The iPhone 12 has a new design with flat edges that harkens back to the iPhone 4 and iPhone 5. The standard 6.1-inch iPhone has two rear cameras, and both of them will now support night mode. It, and the entire iPhone 12 line, supports 5G. And the iPhone 12 lineup’s screen also has a new “Ceramic Shield” glass cover that Apple claims will make the screen more durable. You can preorder the iPhone 12 on October 16th for $829 ahead of its release date, October 23rd.

Apple also revealed a new smaller iPhone, the iPhone 12 mini, which has a 5.4-inch screen and similar specs to the full-sized iPhone 12. You can preorder it on November 6th for $729, and it will be released on November 13th.

The iPhone 12 Pro Max is Apple’s Biggest iPhone Ever

Apple announced a new Max-size iPhone, and its 6.7-inch screen is the biggest on an iPhone yet. The iPhone 12 Pro Max has three back cameras that offer a 5X optical zoom range, a LIDAR sensor for things like improved augmented reality apps and faster autofocus, and a stainless steel outer band. It will be available to preorder on November 6th for $1,099 and will launch on November 13th.

Apple is also launching a 6.1-inch iPhone 12 Pro, which will cost $999 and will be available for preorder on October 16th ahead of an October 23rd release date.

The new HomePod mini is smaller than the original model with a new rounded shape. Like the full-size HomePod, the mini has touch controls on the top, integration with Siri, and comes in two colors (space gray and white). It’s powered by an S5 chip, which first debuted in the Apple Watch Series 5. The HomePod mini will be out on November 16th for $99, and you can preorder it on November 6th.

Verizon said that it’s now rolling out its nationwide 5G network, which it says will reach 200 million people. Previously, Verizon 5G exclusively used mmWave technology, which can be very fast but has limited coverage. Verizon’s nationwide 5G will take advantage of dynamic spectrum sharing” (DSS) technology, which allows the carrier to run both LTE and 5G side by side.

Apple’s iPhone 12 cases also have a magnet inside so you can still use MagSafe chargers and also attach additional accessories like a wallet clip.