Arthur Robert Ashe Jr. (July 10, 1943 – February 6, 1993) was an American professional tennis player who won three Grand Slam singles titles. He is the first African American man to be ranked No. 1 in the world and also the first to earn induction into the Tennis Hall of Fame.

Arthur Robert Ashe Jr. was born on July 10, 1943, in Richmond, Virginia to Arthur Ashe Sr. and Mattie Cunningham. He was five years older than his younger brother Jonnie.

Ashe who was a bright child lost his mom when he was six and that was not easy for him or his brother. His dad had to tighten up things at home so his children won’t miss their way growing up without a mom. He and his brother attended church every Sunday and was made to go home straight from school. 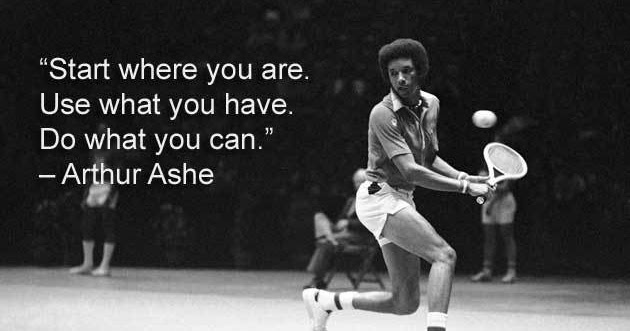 A year after his mother passed away he discovered the game of tennis where he started playing in the courts in his neighborhood. He caught the attention of Dr. Robert Walter Johnson Jr., a tennis coach from Lynchburg, Virginia, who was active in the Black tennis community. Under Johnson’s direction, Ashe excelled.

Ashe was exceptionally reaching the junior national championships in his first tournament. He spent his senior year attending Sumner High School where he was trained by Richard Hudlin, a 62-year-old St. Louis teacher, tennis coach, and friend of Dr. Johnson. He went ahead to win the junior national title in 1960 and again in 1961, being the first African American to clinch the title. Ranked the fifth-best junior player in the country.

Ashe accepted the awarded tennis scholarship to a school at the University of California, Los Angeles (UCLA) in 1963. He graduated with a degree in business administration. He spent his time training regularly with his sporting idol, Pancho Gonzales, who lived nearby and was coached by J. D. Morgan. 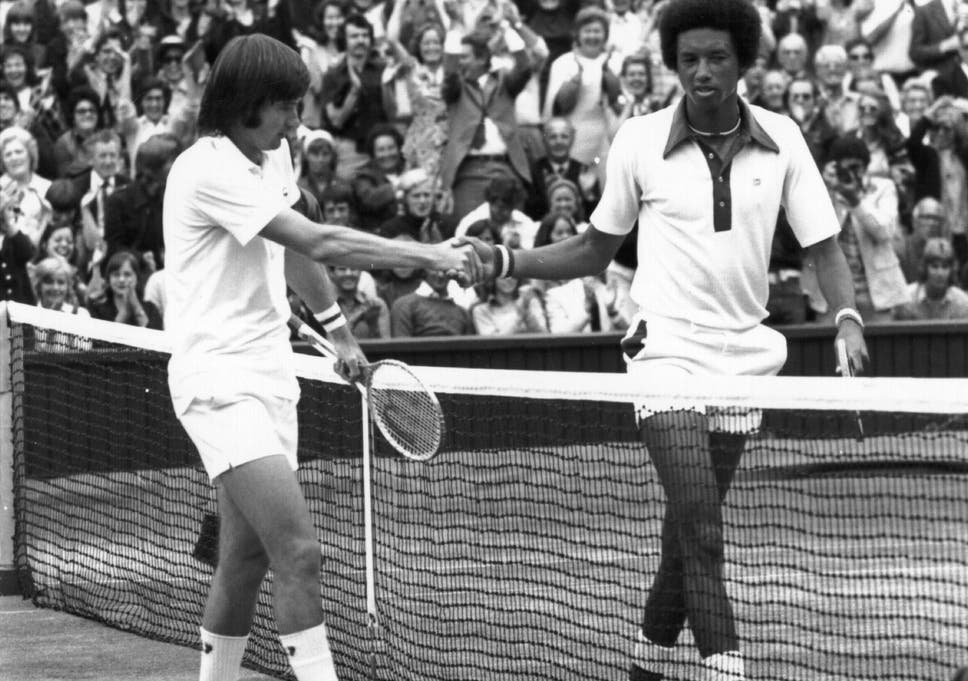 Ashe remains the only black man to win the singles title at Wimbledon, the US Open, or Australian Open. He is one of only two men of black African ancestry to win any Grand Slam singles title, the other being France’s Yannick Noah, who won the French Open in 1983. He also led the United States to victory for three consecutive years (1968–70) in the Davis Cup.

On February 20, 1977, Ashe married Jeanne Moutoussamy, a photographer and graphic artist of mixed Indo-Guadeloupean and African-American heritage. They adopted a daughter and named her Camera after her mother’s profession.

On February 6, 1993, Ashe died from AIDS-related pneumonia at New York Hospital at the age of 49. Prior to his death, he underwent two different heart surgeries and brain surgery.