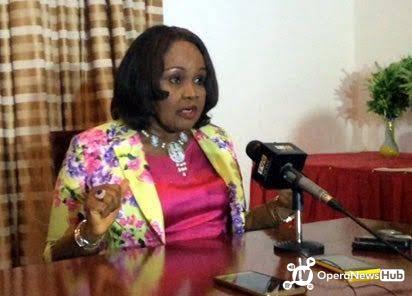 Who is Dr. Stella Chinyelu Okoli?

Dr. Stella Chinyelu Okoli is the daughter of Felix Ebelechukwu and Margaret Modebelu, an entrepreneur, industrialist and a Pharmacist.

She is the founder of Emzor Pharmaceutical Industries Limited, a popular pharmaceutical company that has produced drugs for over 30 years. And Who Is Worth over 500 million US dollars.

Where was Stella Okoli Born?

Stella was born in Kano State into the family of Felix Ebelechukwu and Margaret Modebelu, who are natives of Nnewi in Anambra State.

Stella attended University of Bradford where she studied Pharmacy, and graduated in 1969. She later bagged M.Sc certificate in Biopharmaceutical from the University of London, Chelsea College in 1971.

Before she established Emzor Pharmaceutical, Stella had worked in several pharmaceutical firms such as Pharma-Deko, Boots the Chemists Limited and Middlesex Hospital, London.

After working in various Pharmaceutical companies and gathered relevant experiences, she started Emzor Chemists Limited as a small retail shop in Shomolu, Lagos, before it later grew to become Emzor Pharmaceutical Industries Ltd in January 1977.

Emzor Pharmaceutical has since grown to become one of the leading pharmaceutical companies in Nigeria with over 50 products since its incorporation.

Dr. Stella Okoli is the fourth richest woman in Nigeria according to 2019 Forbes rating and she is worth over $500 million.