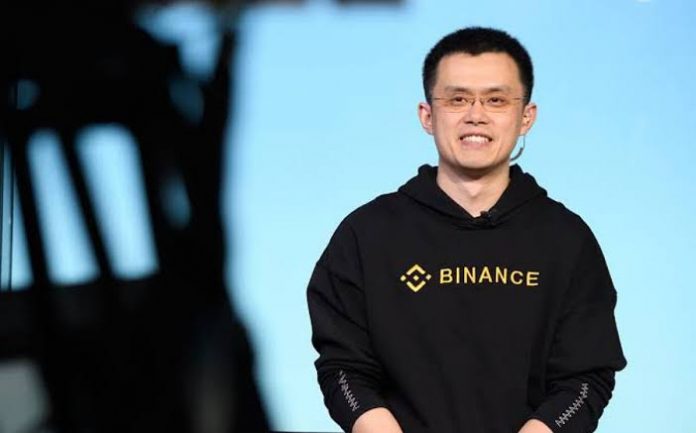 Changpeng Zhao, the CEO of Binance has ballooned into the ranks of the world’s wealthiest people. The 44 years old cryptocurrency pioneer, has reportedly grown his net worth over $96 billion, comfortably placing him amongst the elite list of 15 wealthiest people in the world.

His net worth at over $96 billion means that he has surpassed that of fellow Asian billionaire, and former richest man in Asia, Mukesh Ambani. He is also closing in on the fortunes of tech giants like Mark Zuckerberg and Google founders, Larry Page and Sergey Brin.

CZ as he is known by Cryptophiles, may have a significantly larger net worth than the figure given, as the estimate doesn’t include his personal crypto holdings which include Bitcoin and his firm’s own token (Binance coin), which surged by about 1,250% last year alone.

Binance in the past year alone generated $20 billion in revenue. This is triple of what Coinbase Global, a publicly-traded crypto firm with a market value of $50 billion made in the same year.

According to the CEO, Binance routinely facilitates as much trading as the next four largest crypto companies combined. Recently, Binance completed $170 billion worth of transactions within 24 hours, and would transact about $40 billion on a really slow day, which represents a huge growth compared to as little as $10 billion recorded two years ago.

The success recorded by the crypto giant is not without probing by various governments as the company has been the subject of consumer warnings in UK, Japan and Germany. Notably, on December 30 2021 a Canadian securities regulator reprimanded the company for informing users on its trading platform that it was allowed to continue operations in the country when it still lacked a registration to do so.

Similarly, the company currently faces a ban in China, its country of origin, while also facing regulatory global probes. The United States Department of Justice and Internal Revenue Service are currently investigating whether Binance Holdings is a conduit for money laundering and tax evasion.

See also: Female bankers who took over leadership in 2021, and what 2022 holds for them

The Billionaire is, however, taking all of this in good stride and he was quoted to have said “I’m not an anarchist, I don’t believe human civilization is advanced enough to live in a world without rules”.

Crypto fortunes, although very volatile, evidenced by the 14.35% year-to-date slump of bitcoin, is still attracting the interests of large economies as the billionaire is reportedly currently in the United Arab Emirates, meeting with royalty in Abu Dhabi, who are eager to bring his Binance exchange into the country.

The crypto billionaire may be doing all of this clearly fueled by his passion as he clearly stated, “I don’t care about wealth, money, rankings” and that he is prepared to give away almost all of his billion-dollar fortune before he dies.

Share
Facebook
Twitter
Pinterest
WhatsApp
Previous articleFemale bankers who took over leadership in 2021, and what 2022 holds for them
Next articleAbdul Samad Rabiu is now the second-richest man in Nigeria
Precious Obiefuna
RELATED ARTICLES
Billionaires

Abdul Samad Rabiu is now the second-richest man in Nigeria