One of Nigeria’s all-time athletics legends, Blessing Okagbare, has announced her entry into the Guinness Book of Records as one of the hallowed names there.

The 32-year-old revealed this on her Facebook page on Wednesday morning. “A dream made a reality through God’s grace and determination. Look what finally came in the mail…Thanks to the Guinness book of world records. I am indeed honoured, proud and grateful.”

The record is for making the most appearances in the IAAF’s Diamond League Meetings.

The certificate reads: “The most appearances in Diamond League meetings by an athlete is 67 and was achieved by Blessing Okagbare (Nigeria) between 3 July 2010 and 31 August 2018”. The certificate was branded ‘OFFICIALLY AMAZING.’ 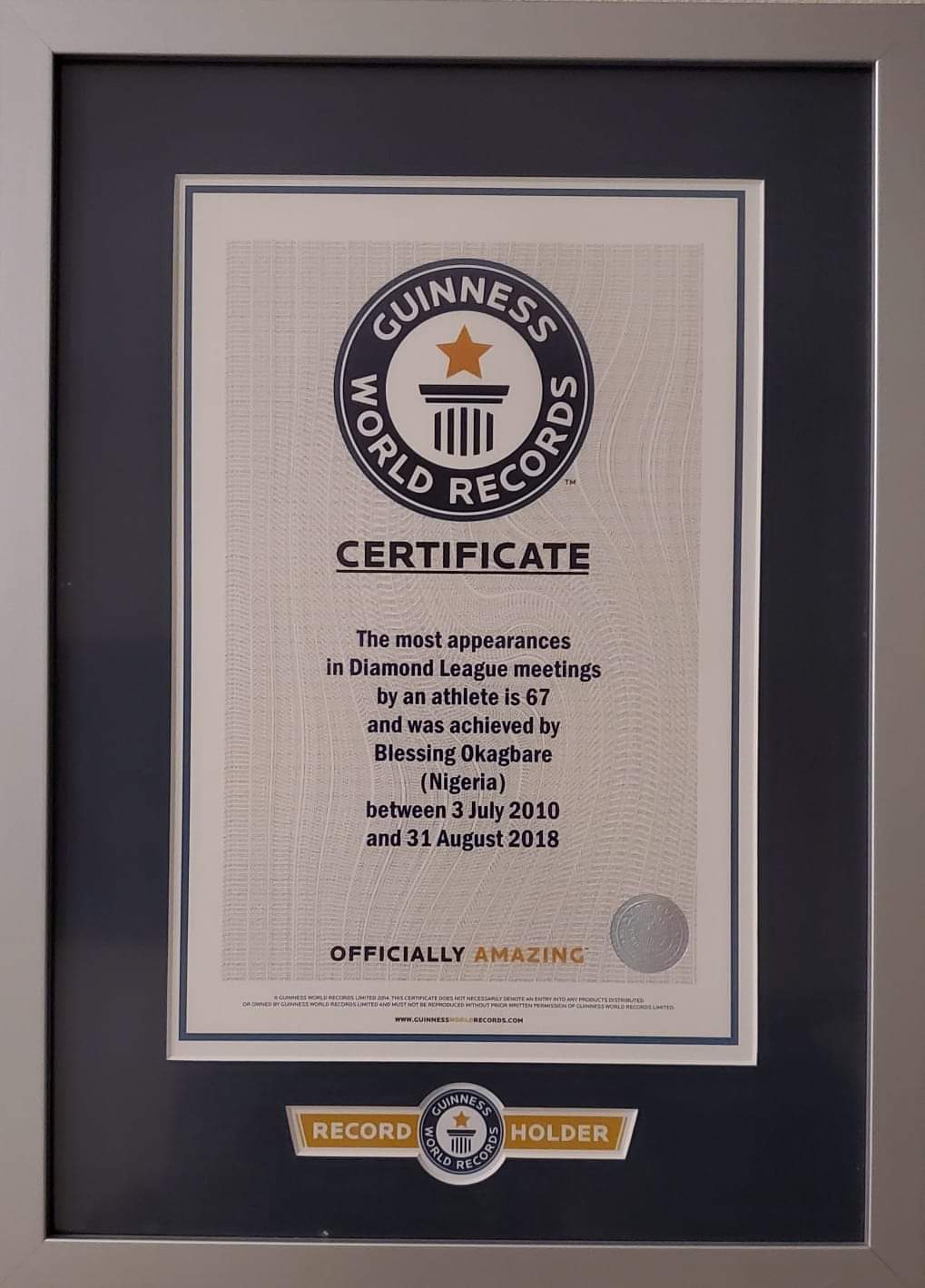 This newspaper was still waiting for confirmation from the Guinness Book of Records as of the time of filing this report.

Okagbare, who last weekend set two new personal indoor records at the Doyle Sports Management Meeting, won an Olympic silver medal at the 2008 Games as a 19-year-old in the Long Jump.

She has also won a World Championships silver and is the current African record holder in the 200m and in the 4x200m with the Nigerian team.

See also: Meet the Nigerian Man who sold his Company to Apple for $1 billion

Okagbare is seeking a fourth Olympic Games participation with the Nigerian team in Tokyo in July.

Pitch AgriHack 2019 for Young e-agriculture Entrepreneurs | Apply to get...