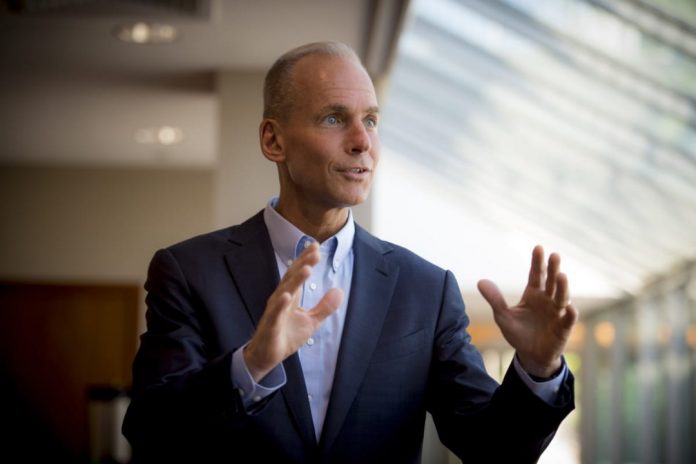 Boeing Co CEO Dennis Muilenburg emerged with his job intact at an annual meeting on Monday and promised to win back the public’s trust after facing tough questions in the wake of two fatal crashes of the 737 MAX plane.

Battling the biggest crisis of his nearly four years as chief executive officer, Muilenburg survived a shareholder motion to split his chairman and CEO roles.

He later told reporters he would continue to lead the company through a crisis that has triggered the grounding of Boeing’s fastest-selling plane, lawsuits, investigations and lingering concerns over the 737 MAX’s safety.

“I am very focused on safety going forward,” he said after the meeting when reporters asked if he had considered resigning. “I am strongly vested in that. My clear intent is to continue to lead on the front of safety, quality and integrity.”

However, Boeing will need to win back the trust of customers, passengers and regulators following the crashes.

“We know we do have work to do to earn and re-earn that trust and we will,” Muilenburg said before ending the 16-minute news conference and ignoring shouted questions from reporters as he walked away.

The family of one American victim, 24-year-old Samya Stumo, staged a silent protest outside the meeting site in Chicago, while the families of other victims among the 157 killed in the crash of an Ethiopian Airlines 737 MAX on March 10 held a tearful press conference at a Chicago law firm.

That plane plunged to the ground shortly after takeoff from Addis Ababa, five months after a similar Lion Air nosedive in Indonesia that killed all 189 passengers and crew