A businessman and influencer Adam Deering, who was refused a loan 17 years ago by a bank that claimed he was ‘too young and inexperienced’ at the age of 22 has gotten his revenge by buying the same bank’s building.

Adam Deering who is a Finance and property entrepreneur had the last laugh by buying up the former RBS bank building on Crofts Bank Road in his hometown of Urmston, Greater Manchester where he was once rejected a £10,000 business loan back in 2002.

Adam, 39, shared the moment he collected the keys for the empty former bank with his 445,000 followers on Instagram.

“I presented them with a comprehensive business plan and asked for £10,000 but the bank manager didn’t seem to take me seriously at all… I was devastated when she told me I was too young and inexperienced and there was no way they could take a risk on me.” 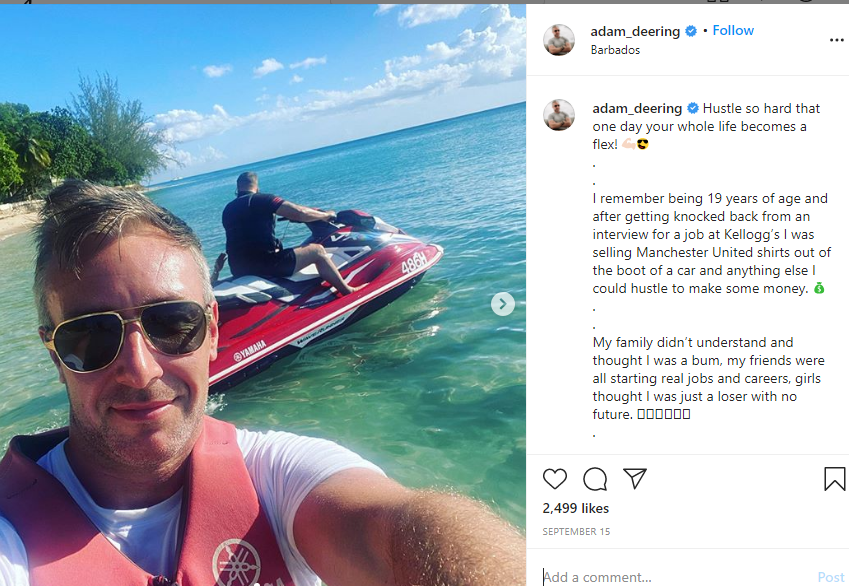 Now at the head of five different multi-million-pound businesses, once toiled his tiny empty office which he got using the money he got as a salesman. He could not afford a desk and chairs. Amongst the things that motivated him the most was the loan rejection that he received 17 years ago

The determined entrepreneur grew his debt management company from scratch and in 2014 sold it for £5million.

The early months were so difficult after he quit his job as a salesman aged 21. At some point, he didn’t know if it was going to work or if he would be able to pay his bills. He also gave up but his perseverance paid off as he sold his debt management company for a whopping £5 million in 2014.

He uses his story about his background to inspire others as a motivational speaker, while he also holds a property portfolio worth millions of pounds.

Buying the bank building for £450,000 in Urmston carries a huge emotional significance, but Adam has exciting plans to turn it into a mixed retail and residential scheme by spending another £500,000 ($643k).