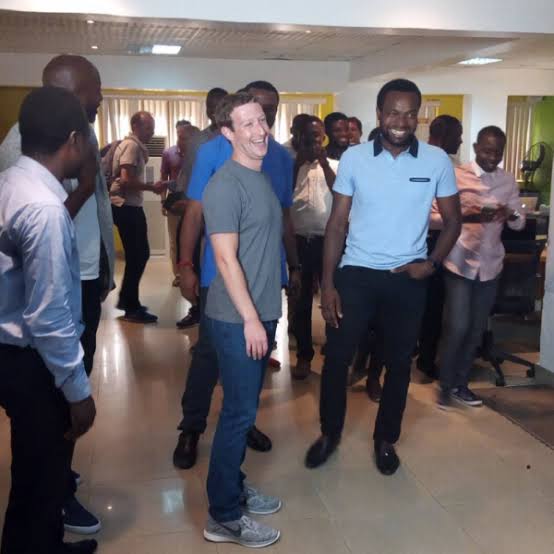 With the technology advancement and innovation in the country, technology-driven individuals have seized the opportunity to design technology hubs, across various geographical regions, to collectively shape the world with technological innovation that mirrors that of Silicon Valley.

Facebook launched NG_HUB in Lagos, as part of its Nigeria Initiatives scheme. But this won’t have been possible without the partnership with the Co-creation Hub.

The Hub is situated along Montgomery Road, Yaba, Lagos, NG_HUB will provide a haven for startups to collaborate, learn and exchange ideas.

While launching, it partnered with seven technology incubation centres across each geopolitical regions in Nigeria to run virtual campuses or programmes of sort. NG hub in Lagos would then run as the Headquarter.

Ventures Platform, nonetheless, has become a standard for setting up a technology incubation facility, While it’s not the first technology hub to emerge within the federal capital territory.

Ventures Platform was founded by Kola Aina on the 3rd of June to serve as a launchpad for technology innovators solving Africa’s biggest challenges. Since commencing operations, Ventures Platform has played a critical role not just in the development of the Abuja technology ecosystem but in Nigeria at large.

Their well-coordinated hybrid incubation program spans a period of 6 weeks.

Impact Hub is an innovative hub around Lagos, which was launched on the 29th of September 2017, is among a network of hubs under the global Impact Hub umbrella.

Arigo, was launched into the rapidly growing Nigerian tech market which a technology company ‘Arigo Technologies’ owned by popular Nigerian philanthropist Dr. Arinze Madueke, announced the opening of an innovation and incubation hub in Lagos, ArigoHUB is located in Lekki, Lagos Nigeria.

the cardinal focus of the hub which includes; identifying tech talents, incubating same and empowering tech innovators for the sole purpose of solving problems and meeting needs.

Running a ‘cashless accelerator program’, the incubator provides support for a wide array of entrepreneurs, helping them build Minimum Viable Products so as to enable founders focus on business development early on, in a bid to gain traction quickly.

After functioning as a tech hub for about 2 years, the Passion Incubator officially launched its co-working space, called Leadspace, in Yaba. With seed investment from Leadpath, the plan is to grow Leadspace into the single largest network of shared office facilities in Nigeria.

VerveTree is an IT consulting firm in Abeokuta, The tech hub was launched in the month of March 2018. VereTree hub, will go on to be a solution centre for the creative thinker and great innovations.

It will also focus on harnessing the pool of talents in tertiary institutions (14 universities, 2 colleges of education, 5 polytechnics) within the state.

Ayoola Olaniyi, an ex-Project Manager at CcHub and Olanrewaju Olatunde are the brainchild behind the hub.

Co-Creative Hub which is fondly called CcHub is widely credited for putting a physical location to what is commonly referred to as the technology ecosystem in Nigeria. Little wonder it was Facebook founder, Mark Zuckerberg’s first stop during his visit to Nigeria.

Popular ventures like BudgIT and Grit Systems emerged from the CcHub academy. It remains Nigeria’s first open lab and pre-incubation space. The hub is designed to be a multi-functional, multi-purpose space where creative social tech ventures are catalysed. Not only that, it has become a go-to place for technologists, social entrepreneurs, government, tech companies, impact investors and hackers in and around Lagos to meet and co-create new solutions to the many social problems in Nigeria.

The CcHub was birthed by Bosun Tijani and Femi Longe with a $200,000 and $45,000 grant provided by the Omidyar Network and Indigo Trust respectively.

IDEA Hub is just a stone throw from CCHub Located on the Herbert Macaulay road, Yaba, iDEA Hub provides support to digital entrepreneurs in the form of mentorship, co-working space, legal and other business support services.

With support from the government through the National Information Technology Development Fund (NITDEVF), the iDEA Hub spread its presence to Tinapa, Cross River, allowing it provide incubation, acceleration and mentorship services outside Yaba.

However, according to Helen Anatogu, CEO and program director, the iDEA Hub hasn’t received any form of financial support from the government since 2014; a little over a year after launching in 2013.

The GIG Innovation hub is a GIGM CSR initiative to empower students in secondary and tertiary institutions within its immediate environment, Funded by the Edwin Ajaere Foundation. Through an annual curriculum.

Participants will take courses in both web development and programming, they will also be primed for active participation in advanced innovative fields such as Robotics and Artificial Intelligence. This will power new systems and unlock unimagined possibilities.

Delta State finally made a glaring effort at connecting with the new era that is fueled by ICT empowerment. The result birthed what appears to be the first tech hub to be launched in Delta State.

Launched in July 2016, the Delta State Innovation Hub (DS-iHub) is not only a paradigm shift from “oil dependency to knowledge acquisition” but will be critical to the long-term economic growth and sustainability of the state through SME support and embracing technology.

Start Innovation Hub is the brainchild of Hanson Johnson, committed to providing young people, in the Niger Delta region of Nigeria, with a collaborative platform to leverage technology and create wealth.