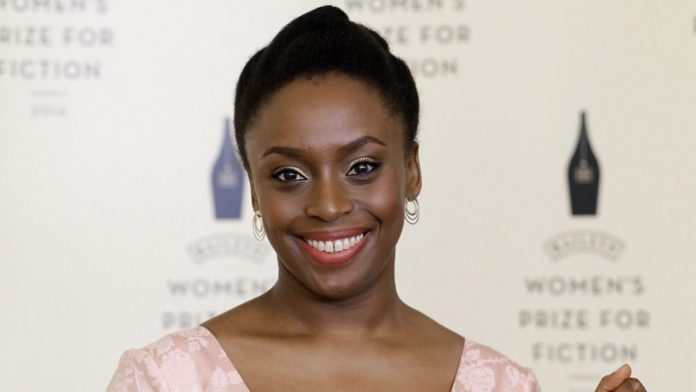 Nigerian writer, Chimamanda Ngozi Adichie, has clinched the ‘Winner of Winners’ award of the UK-based Women’s Prize in a public vote.

Adichie, who first won the Women’s Prize, formerly Orange Prize for her novel, Half Of a Yellow Sun in 2007 at the age of 29, was unveiled on Thursday as the “greatest winner” of the literary award, the Prize announced on Twitter.

The ‘Winner of Winners’ award is a special category of this year’s Women’s Prize to celebrate its 25th anniversary.

The award was judged by readers, who were asked to name their favourite of all the 25 past winners in a virtual public vote.

The author snagged the award with over 85,000 votes ahead of other renowned writers like Zadie Smith, Andrea Levy, Lionel Shriver, Ali Smith, Rose Tremain, Maggie O’Farrell, among others.

“You voted in your thousands and picked her novel Half of a Yellow Sun from 25 years of unforgettable ‪#WomensPrize‬ winning books,” the announcement read in part.

Adichie’s novel, Half of a Yellow Sun, recounts the story of the Biafran war through the characters’ life perspectives on ethnic allegiance, love, female empowerment, moral responsibility, class, race amongst others.

In 2007, the chair of judges, Muriel Gray, praised the novel as “astonishing, not just in the skilful subject matter, but in the brilliance of its accessibility”.

The founder of Women’s Prize, Kate Mosse, said she was “thrilled” that Adichie had won the 2007 award which showed that “great books live beyond their time.”

Ms Mosse mentioned that one of the things that’s so fantastic about Chimamanda being the winner of winners is that a lot of younger readers are now coming to that novel, who probably didn’t read it when it came out. It’s felt like a really celebratory thing to be doing over this very strange year.

In her reaction, Chimamanda Ngozi Adichie said she was moved by the massive votes.