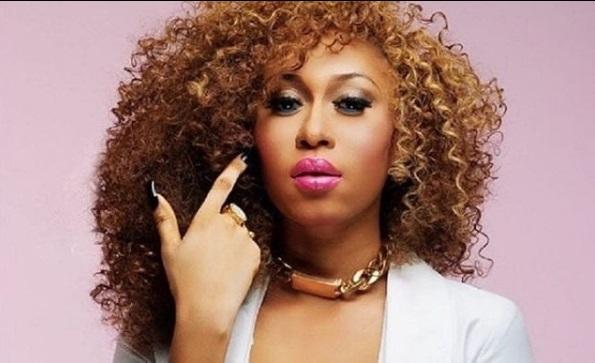 The news was disclosed in a statement by the firm, made available to Channels Television on Thursday.

Afrobeat is the current new wave that is getting the most attention in the music world and Cynthia Morgan’s new PR counsel, Muyiwa Babalola, informed the media that the firm is devoted to using her “raw magic” to continue to promote Afrobeat on a more global level and in a more organized dimension.

“The Facilitator Firm is a Full -Service Boutique Artist Management, Indie-Record Label, Artist Services and Publishing Company headquartered in Las Vegas, NV. established by the partnership of Founder / CEO, ‘Uncle Odis’ Johnson and Co-Founder / President Tabiyah Yetunde. Both are longtime Music Industry Veterans and have a total of 50 plus years of experience in music and entertainment combined.

“Cynthia resonates with a diverse fan base all over the world because of her feel-good music and vibe,” Babalola said. He also noted that she’s just as excited to join the new company.

Cynthia Morgan had this to say about her new management “Odis Johnson and Tabiyah are the perfect matches for me, Tabiyah has got in-depth knowledge of my type of music, she’s work with notable artists across the Caribbean and to top it all, her man-management skill is special. And Odis is such a genius, so much experience in the music business, he’s had great success managing some highly placed US-based artists. I feel lucky to have the combination of these two wonderful individuals to work with,”.

“I’m also excited because I believe you meet some people for a certain reason. Being a manager is more than just about the music. It’s everything that has to do with the artist’s life; a 360-dimensional thing.

Tabiyah and Odis are individuals who also care about the artist as a person and not just about the music business. It’s important to be surrounded by people who actually care.”

“I made the decision to sign the deal with the global market in mind,” she said.

In conclusion, the music star said, “The facilitator management firm definitely understands the global market,” My New PR team headed by Muyi, did a data mining research on my music and he presented to me, then I realized how much fans I have beyond the shores of Nigeria— including places I’ve never been. “I’m rest assured The Facilitator management firm can help bring that to a larger scale. Doing it independently, you don’t really have those teams to help worldwide. — “The facilitator” has worked with a lot of artists on the global stage, That’s why I wanted to partner up with them.”

After a long break, Cynthia Morgan made a comeback to the music industry with the release of a new single, ‘Hustle’ about a month ago.

As a result of her fallout with her former record label boss, Jude Okoye, she experienced some hardships which resulted in her long break from the music industry.

A source also disclosed to Channels Television that the firm is ready to involve Okoye for her royalties, an issue that has been a subject of intense controversy for a while.

The Lagos based dancehall star is no stranger to hit tracks and topping charts as she has released a number of award-winning and top 10 hits like German Juice, Lead Me On, I’m Taken, Simatiniya, and so on.

There is also news of her having an international collaboration with Grammy award-winning artist “Snow Cone”.