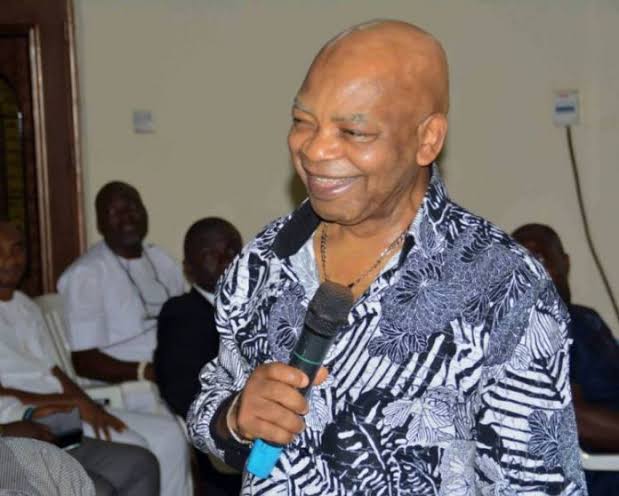 Last Easter Sunday was a tremendous day for people of Ukpo, during a service at St Mary’s Anglican Church Ukpo, it was announced that a mandatory levy has been ordered to raise funds for construction of a new secondary school at Akaezi Ukpo then Prince Engr Arthur Eze stood up and cancelled the levy and donated exactly the amount needed for the project.

In his speech Ozoigbondu insisted that where there are means the poor should not be made to pay levy ” ndi be anyi we cannot continue to press the poor to pay levy. Since there are means I cancel all levies to raise funds. Tell me the amount you need and I will give it to you. We must allow the poor especially elderly to enjoy peace”

Going further Prince Engr Arthur Eze dolled out a whooping ten million naira for all the elderly in the church. Prince Engr Arthur Eze, also gave out cheques of ten million naira each for all the schools in Ukpo for their 2019 upkeeps. These are aside the total project cost for the construction of the new secondary school at Akaezi Ukpo which he has already accepted.

Ozoigbondu also announced the receipt of approval to establish WALTER EZE UNIVERSITY UKPO which will cost ten billion naira for initial take off provision. The university according to the Prince , will focus on the very essential faculties and departments. Work at the site will commence after Easter celebrations.

It is worthy of note that the Ukpo born Prince Engr Arthur Eze, who is globally known for philanthropy has been in business of developing his community over thirty years now. In his name institutions like Nnamdi Azikiwe University Teaching Hospital Annex Ukpo, Bank of Agriculture Ukpo, Dunukofia Local Government Council with headquarters at Ukpo etc are all located in Ukpo. This is aside his constructions and donations for the local needs like Oye Market Ukpo, street lighting, churches, community halls among others. Presently about eleven roads are been simultaneously constructed in Ukpo courtesy of this same man.