Kenya is seemingly perhaps the best nation to roll a startup. It is the place where a hatchery preparing M:LAB was conceived, catalyzing the development of pitching contests for new companies, incubators hub, and welcoming effect financial backers and private supporters into the scene.

The Country’s capital, Nairobi set second after Lagos in a positioning by Startup Blink that selects the best city for the startup environment. On the world positioning, Kenya is among the four African nations to hit off the rundown at 52nd.

We have effectively made a rundown of Kenyan new businesses to watch in 2021, and here we will feature the youthful new companies (established from 2020 or this year) which is making a leap forward in a zip.

A relatively young company founded last year with one investor backing their journey, it provides an eco-green ride in its ride-hailing platform with electric motorbikes, which the drivers can own after leasing it.

The startup produces its own meals and makes them available for delivery in under 30 minutes. It aims to expand its current facility to extend food production to daily 5,000 meals. Kune was recently backed by investors at $1.1m.

Another delivery startup in the scene also delivers essentials and additional ingredients (delivered the next day), aside from their main food deliveries. The company was founded just this year and received a total of $460k from investors.

Based in Westlands, Flex Energy is promoting affordable pay-as-you-go monthly subscriptions of the solar grid. The startup dreams to eliminate poor lighting with expensive costs, and making people switch to sustainable off-grid energy alternatives. It recently signed a solar panel installment with Strathmore University, which will have the startup charged with Sh. 12.36 ($0.12) for every unit of solar electricity consumed to the national grid. 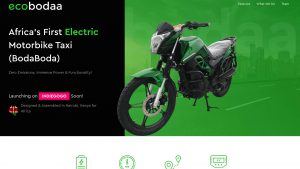 The agritech startup focused its impact on smallholder farmers, supporting them from growing seeds to putting them in the marketplace. It also connects farmers with merchants to ease selling theirs produces. The company recently raised an undisclosed seed round (Non-Equity Assistance) with Food Africa Accelerator.

Kenya may have received less funding from the government and also globally, nonetheless the ecosystem is thriving and we are certain that there will be new waves of startups and old ones that keep their initiatives fresh and steady.