HomeFacebook Helps to Increase Blood Donations in the US, launches new Feature
Featured

Facebook Helps to Increase Blood Donations in the US, launches new Feature 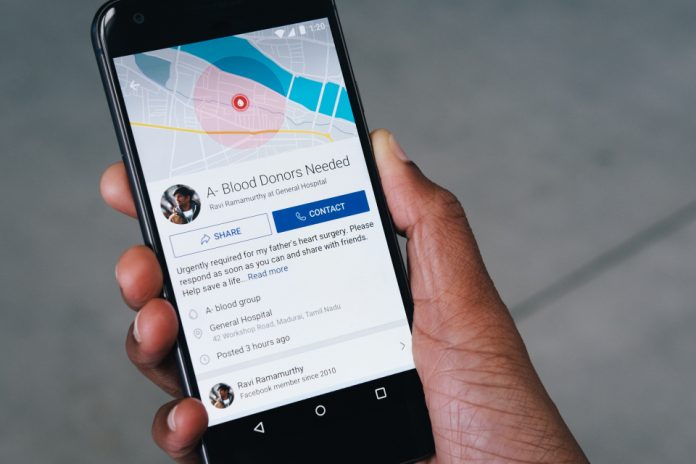 Facebook launched its Blood Donations feature in the US on Wednesday as it helps to raise awareness and make it easier for people to find opportunities to donate blood,
A statement by Hema Budaraju, Facebook’s Director of Product, Health, said that the social media giant started with Chicago, New York City, San Francisco Bay Area, Baltimore and Washington, DC, and will roll out throughout the states over the coming months.

Since 2017, Facebook has partnered with blood donation centers around the world to help increase the number of donors. More than 35 million people have signed up to be blood donors on Facebook in Bangladesh, Brazil, India and Pakistan where this feature is available. Blood donation centers in India and Brazil found that 20% of people said that Facebook influenced their decision to donate blood, according to in-person surveys conducted at partner blood banks.

Starting Wednesday, people can sign up to be a blood donor on Facebook by going to Blood Donations in the About section of their profile. When blood donation centers need donors, they can request donations and send notifications to those nearby who have signed up. People will be able to see requests and opportunities to donate on Blood Donations on Facebook.

To commemorate World Blood Donor Day (June 14th) this year, Facebook is also hosting blood drives in some of their offices and running awareness campaigns in Brazil and India.

To help draw attention to the fact that there are not enough blood donors nationwide, Facebook is partnering on the Missing Types campaign with the American Red Cross and Vitalant. Facebook said it’ll post information on several of its channels to engage its community and drive awareness about the need for blood donors.