Facts About Stanel Ugochukwu, One Of Nigeria’s Youngest Billionaire 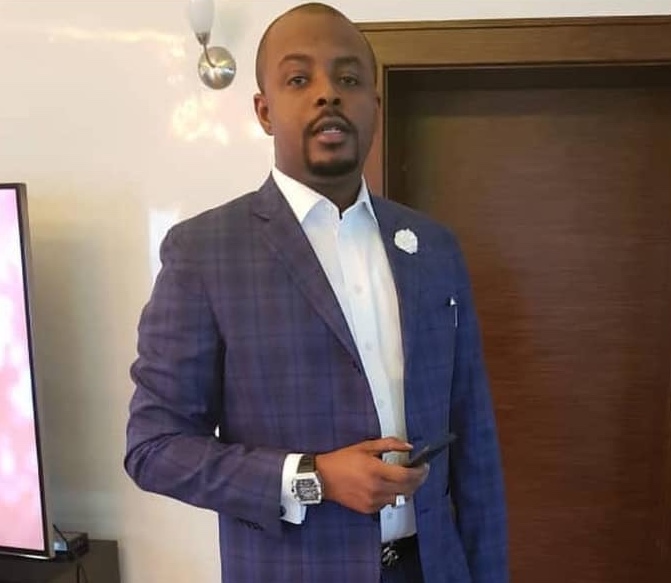 Stanel Ugochukwu is barely 35, yet his name has grown to be a household name within and outside the shores of the country.

He is a charismatic young billionaire whose approach to entrepreneurship is quite inspiring, which indeed has earned him the respect of other billionaires such as the likes of Tony Elumelu.

Stanel Uzochukwu is a Nigerian business magnet, investor and philanthropist.

He was born in the year 1984 into the family of Mr/Mrs Bartholomew Uzochukwu at Calabar, Cross River State. Although, he is a native of Nnewi South Local Government Area of Anambra State.

He had his early life and education in Jos, Plateau State where he attended Calvary Science School, St. Murumba College and Emmanuel International College.

He then proceeded to the University of Jos where he obtained a bachelor degree in Botany. Upon graduation from the University and being passionate about business he ventured into diesel and petroleum supply, where he started supplying diesel to corporate organizations until Stanel Oil was registered in 2012.

Stanley Uzochukwu is the chairman of Stanel Group, which has interest in oil and gas, production and sales of automobile parts, lubricants, food among others. Uzochukwu is rated as a young entrepreneurial success story, whose success is built on focus, passion, discipline and determination.

His oil and gas business specializes in marketing of premium motor spirit, diesel and kerosene. It holds firm to its promise of a regulated standard service across the country in product, quality and efficiency. Its strength for keeping its promise stems from the varied depots from which it lifts its products and the number of trucks and drivers in its fleet, according to the company’s reports.

Interestingly, Stanel has extended its downstream operations by venturing into refineries. Further to that, it is building a network of pipelines and depots running through the length and breadth of Nigeria to link up the refineries. It has built a 1.5 million-litre gas capacity plant located in Anambra State.

The automobile centres are designed to enthrone maintenance culture in that segment of the Nigerian market, which has positioned the company in a large growth area in the economy. The company said the objective primarily is to increase longevity of automotive and car parts susceptible to wear and tear.

Also, Stanel produces customized products, which include Stanel tyres, Stanel engine oil, Stanel gas cylinders, etc. He has also commissioned a 24-hour ultramodern luxury centre [Stanel World] in Akwa, Anambra State, which is said to be a replica of the one he earlier built in Jos.

Interestingly, Stanel Group has made a big move into the food business with a recent acquisition of Chicken Republic franchise for the entire south east region. The move is considered big enough to launch the company into a giant in the Nigeria’s food industry. Uzochukwu has already built the biggest Chicken Republic outfit in the new mega centre.

In addition, in the area of philanthropy, Stanel Uzochukwu has committed himself to putting smiles on the faces of widows, Internally Displaced Persons (IDPs), Physically challenged persons, Orphans and Prison inmates in Nigeria.