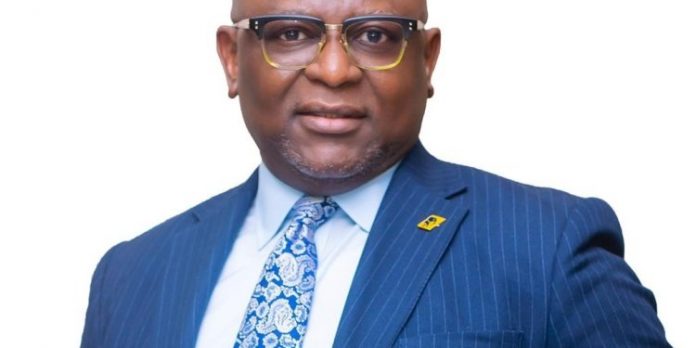 Nigeria’s premier and leading financial inclusion services provider, First Bank of Nigeria Limited has announced that its CEO, Dr. Adesola Adeduntan has been honored with a membership in the Bretton Woods Committee (BWC). FirstBank has also joined Bretton Woods Committee as an Organisational Supporter in line with the commitment to demonstrate cooperation and foster global well-being.

The membership, which is by invitation only, is in recognition of Dr. Adeduntan’s sterling leadership qualities including efforts in ensuring that FirstBank remains at the forefront in promoting financial inclusion in Africa.

According to Bretton Woods, ‘’committee members are leaders at the top of business, academic, and nonprofit sectors. Influencers from every region of the world – including industry CEOs, international policymakers, and former U.S. officials – we champion efforts to spur economic growth, alleviate poverty, and advance global financial stability. Given your leadership and background, we believe you would be a valuable addition to the Bretton Woods Committee’’.

Since its founding in 1983, members of BWC include leaders at the top of the business, finance, academic, and non-profit sectors, including many industry CEOs, as well as former presidents, cabinet-level officials, and lawmakers who share the belief that international economic cooperation is essential and best served through strong and effective International Finance Institutions (IFIs). Members include President Jimmy Carter; Professor Henry Gates Jr, Harvard University; Mr. Michael E. O’Neill, Chairman of Citigroup (2012-2019).

The mission and work of the Committee are motivated by the conviction that systematic, principled, and effective multilateral cooperation is the surest means of achieving economic and social progress. Through its programs and events, the Committee convenes policymakers together with members and stakeholders across its network to explore current issues in global finance, development, and trade, and to propose ways in which the system – and the institutions that comprise it – can be strengthened and made more effective.

This is especially at this time when the role played by business and political leaders are critical to exploring efficient ways of deepening collaboration and inclusion across borders whilst mitigating the adverse effects of the coronavirus on not just the global economy but on other aspects of the livelihood of every individual and household.

“I look forward to working with other members of The Bretton Woods Committee as we continue to build on the successes achieved over the years. With these, we will make the world a better place,” he concluded.

Dr. Adeduntan has since the start of the year received various recognitions and applauses for his priceless leadership and role in promoting economic growth and development in Nigeria and the continent at large. These include; the conferment of The Cranfield Alumnus 2020 Award by Cranfield School of Management Alumni, The African Banking Personality of the Year 2019 by African Leadership Magazine, and very recently, the Forbes Best of Africa Award.

Share
Facebook
Twitter
Pinterest
WhatsApp
Previous articlePaystack acquired by Stripe for a reported $200 million in the biggest fintech acquisition in Nigeria’s history
Next article5 Weirdest And Stupidest Things Millionaires have Ever Done! No 4 Is A Genius!
RELATED ARTICLES
Lifestyle