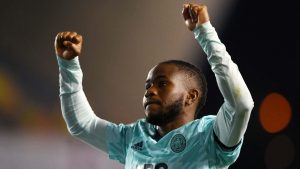 Nigeria are already stocked in wide areas, but after chasing Lookman for several years, they’ll surely find a way to include the forward into their plans after his nationality switch was granted by Fifa.

Currently back in England with Leicester City, after struggling at the likes of Fulham, RasenBallsport Leipzig and Everton in recent years, the 24-year-old has scored three Premier League goals so far this season.

His current season has been affected by injury, with Eze currently playing only 134 minutes in the Premier League for Crystal Palace.

Nonetheless, he proved his class in the Championship with Queens Park Rangers in the 2019-20 season—having a hand in 22 goals—and impressed in patches last term in his maiden season in the top flight. 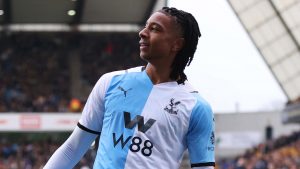 Still only 20, Olise is in the midst of his debut season in the Premier League after following in Eze’s footsteps by swapping the Championship for Palace during the summer.

Last season he was outstanding in the second tier, catching the eye with his dribbling and having a hand in 19 goals during the campaign.

He’s made an encouraging beginning to life in the Prem—registering four assists and scoring twice despite making only five starts so far—and looks set for a bright future at the pinnacle of the game.

Born in London, he’s represented France at U-18 level. 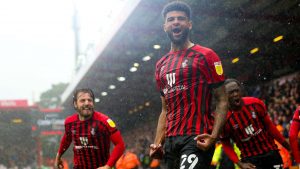 While he struggled to make his mark in the Premier League with Chelsea, Liverpool or Bournemouth, he’s excelled in the second tier this term, and has currently bagged 19 goals as they look to return to the top flight. 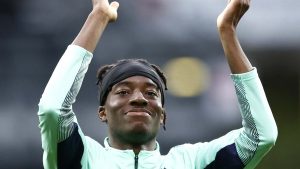 Celebrated in GOAL’s NxGn list, Madueke deserves to be considered among the brightest young talents in the European game following his exploits with PSV Eindhoven.

He moved to the Netherlands from the Tottenham Hotspur academy in 2018, although the teenager continues to represent England at senior level—representing the Three Lions up to U-21 level so far.

Of Igbo descent, Madueke would be a dazzling addition to the Eagles squad. 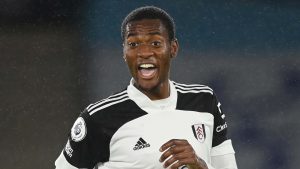 Back in the second tier with Fulham after previously impressing in the Championship with West Bromwich Albion and Blackburn Rovers, Adarabioyo had a brief taste of Premier League action last term, and largely looked the part after leaving Manchester City for the Cottagers.

With Leon Balogun and William Troost-Ekong pushing on in years, the centre-back could be an ideal replacement for either defender. 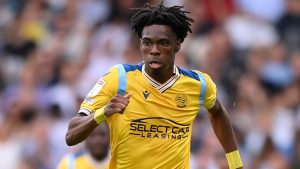 Formerly on the books of both Arsenal and Liverpool, Ejaria spent time on loan at the likes of Sunderland and Rangers but wasn’t able to make the grade at Anfield.

He’s now settled into life at Reading, where he’s one of the most watch-able players in the Championship, and one of the most fouled, with defenders in the second tier resorting to nefarious means to slow the 24-year-old down. 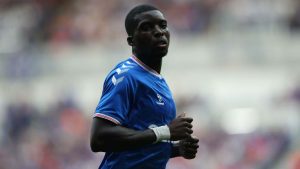 Like Solanke and Ejaria, another former Liverpool player who has dropped into the second tier after failing to make the cut at Anfield.

The arrival of Lookman on the scene, and the strong performances of Moses Simon at the Africa Cup of Nations mean that Nigeria aren’t short of left wingers, but Ojo could still have something to offer.

He’s currently sidelined after picking up a nasty ankle injury, but is confident he will return to help Millwall at the tail end of the season. 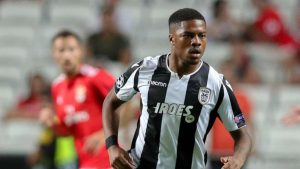 One of the older players on this list, 26-year-old Akpom represented England up to U-21 level, but hasn’t featured at international level since 2016.

The former Arsenal striker scored 14 goals in 54 league games with PAOK during a previous spell with the club, and is currently back in Greece after failing to find his scoring boots in the Championship with Middlesbrough. 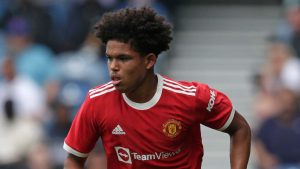 A livewire on the right side for Manchester United, Shoretire has currently represented England at various youth levels up to U-19.

He made his first team debut for the Red Devils in February 2021, soon after turning 17, and became the youngest player to represent the club in European competition when he replaced Mason Greenwood against Real Sociedad in the Europa League last season. 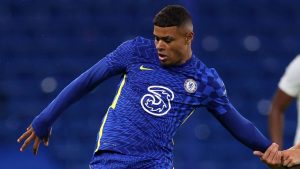 One of Nigeria’s movers during the January transfer window, Anjorin signed for Huddersfield Town on loan from Chelsea.

He’s previously tasted action away on loan at Lokomotiv Moscow, and should relish the challenge of life with the Terriers in the second tier as the Blues look to assess whether or not he can challenge for a first-team spot at Stamford Bridge in the future.

Born in Poole, England, to a Nigerian father, Anjorin has represented the Three Lions up to U-20 level. 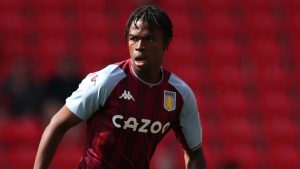 Still only making his maiden steps in senior football, Chukwuemeka has made just 10 appearances in the top flight so far, but has the potential to be the future of Aston Villa.

Could he also be the future of the Super Eagles as well?

At only 18, he still has much development ahead of him, but the NFF would do well to poach the youngster early and give him a taste of life in the senior set-up.