Francoise Bettencourt Meyers is worth $49.3 billion, Meet the 10 richest women in the world 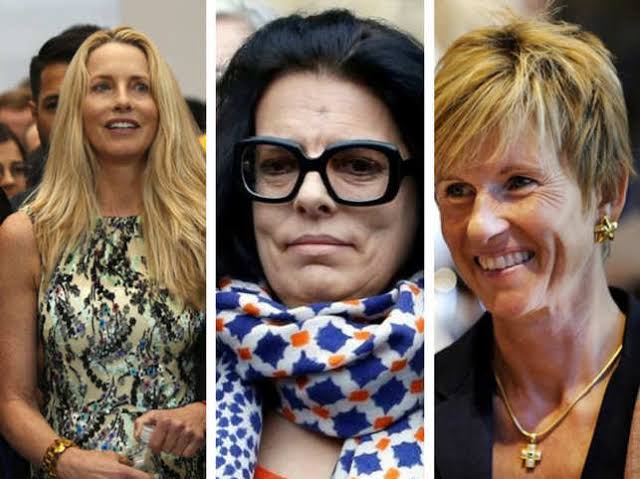 According to Forbes, the number of women billionaires is on the rise. Here is an account on the top 10 richest women in the world, ranked in ascending order.

Kwong Siu-hing is the tenth richest woman of the world and the 78th richest person. She is the widow of Kwok Tak-seng, the founder of Sun Hung Kai properties.

She is the richest Australian and the 75th richest person of the world. With her net worth estimated at $15.2 billion, the ninth richest woman of the world is Gina Rinehart.

She has made her fortune from iron ore company that is growing robustly today. She is the daughter of Lang Hancock, the most popular iron ore exporter of the country. After taking up the bankrupt company from her father, Gina rebuilt it into a giant.

Iris Fontbona is the eighth richest woman and the 74th richest person in the world. She has a net worth of $15.4 billion.

She and her sons inherited their wealth from her husband Andronico Luksic, who made a fortune in beverages and mining and died in 2005 of cancer.

She presently owns copper mines in Chile and also trades on London Stock Exchange. She also owns the major stakes in a publicly traded Chilean Conglomerate named Quinenco. This company manufactures beer and is active in banking.

Abigail Johnson is the 71st richest person in the world, the seventh richest woman in the world with her net worth of $15.6 billion.

She has been serving as the CEO of Fidelity Investments from 2014. The mutual fund giant based in Boston was founded by her grandfather Edward Johnson II in 1946.

Laurene Powell Jobs is the sixth richest woman in the world, with her net worth estimated at $18.6 billion. She inherited $20 billion from the stakes in Apple and Disney that her deceased husband Steve Jobs passed on to her.

She is the 54th richest person today. She focuses on education, environment and immigration issues and has invested in a Make school, an electric scooter startup and a coding school.

She is the sole owner and deputy chairman of Atlanta, a prominent pharmaceutical and chemical company. Her net worth is $21 billion.

Yang graduated from Ohio State University and She is the fourth richest woman and the 42nd richest person in the world today.

With her net worth estimated at $23.9 billion, Jacqueline Mars is the third richest woman in the world.

She owns one third of shares in Mars, the company that makes the largest volume of candies on the earth today.

She is a well-known philanthropist serving on six boards. She is on the board of the company since 2016 and has been serving the company for over 20 years. She is in the 33rd position among the wealthiest persons of the world.

Alice Walton is the second richest woman in the world, she is the only daughter of Sam Walton, the founder of Walmart. Her net worth is $44.4 billion.

She is more focused on curating art and she has a personal art collection that is worth hundreds of millions of dollars. She holds the 17th position among the richest persons on the earth.

With her net worth estimated at $49.3 billion, Francoise Bettencourt is the wealthiest woman on earth.

She has been on the board of the company since 1997 and today she is the chairperson of this make up firm. Bettencourt Meyers occupies the 15th position among the richest persons of the world.