HomeInvestmentFrom Hawking on The Streets To Owning a world class Restaurant –...
InvestmentBillionairesFeatured 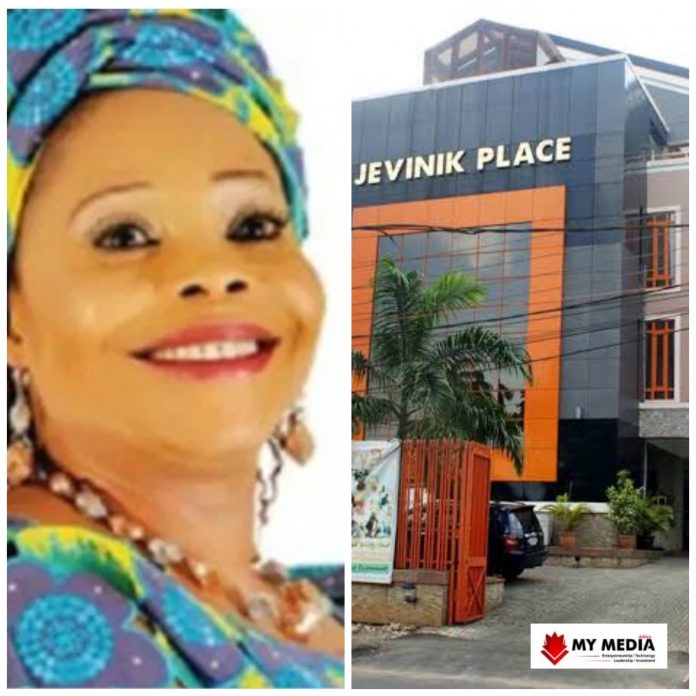 In an exclusive interview, Mrs Jovita Inyang, Founder of the popular Jevinik Resturant shares her success story. Jevinik Restaurant has eight branches across Nigeria, including  Port Harcourt, Lagos, Abuja Owerri, Aba and Calabar,  and is well known for well made traditional dishes.

Below is an excerpt from her past interview with ThisDay;

How she started off her Resturant business:

“Indeed I started way back in 1988 from my house in Calabar. I had only N125. Out of this amount, my actual money was N50, while the remaining N75 was items I bought on credit at the market from one of the traders who had faith in my ability to pay back the money.

“I started out with baking cakes, meat pie and other pastries because it was handy to move about and I sold it myself. Things were not going well back then and the children were growing. They needed to go to school and there were many things that needed to be done. So, somebody had to step up and do something about it. I can say that I actually started the business just to take care of our basic needs.

“At the time I started, I asked my house help to assist me hawk the pastries, but after three days and no sales, she returned the third day and dumped all the items and told me she was not ready to sell. Interestingly, I met one of my church members who after testing the cake on a visit to my house decided to take it to the hospital where she worked as a nurse.“In fact, the second day she came back and told me how the staff and patient at St. Margaret’s Hospital, Calabar wanted more and that was how we took it from there.

But at a stage, the hospital management wanted to relief her of her job due to the brisk sales she was making. They asked her to choose between selling pastries and her job. She chose the latter. One of my greatest regrets today is that she did not live long to see what has become of that my little effort.

“Again, the man who gave me the items on credit to make the pastries and pay later also could not be located again after government demolished the market in Calabar. All the efforts to locate him till date proved abortive. I wish he could just turn up today and see how his assistance also turned out,” Mrs. Inyang recalled.

“God opened another avenue for us. One of my kinsmen who was a student of University of Calabar visited with his classmates. I was actually baking in the kitchen when I asked him to come and serve himself because I was too busy without any house help. He served his friends and after tasting the food, he felt I should come and open a place in the campus to serve the students.

“The students actually wanted to discourage me at the initial stage. I was given a swampy area to frustrate me, but as it turned out, I designed the place with bamboos and it became the number one spot in the school. I named it Pyramid.

Hopefully Mymediaafrica will catch up with the entrepreneur, so we give our esteemed readers more insight on how she made it to the top.