HomeGhana is adopting a data-driven approach to fighting poverty
Featured 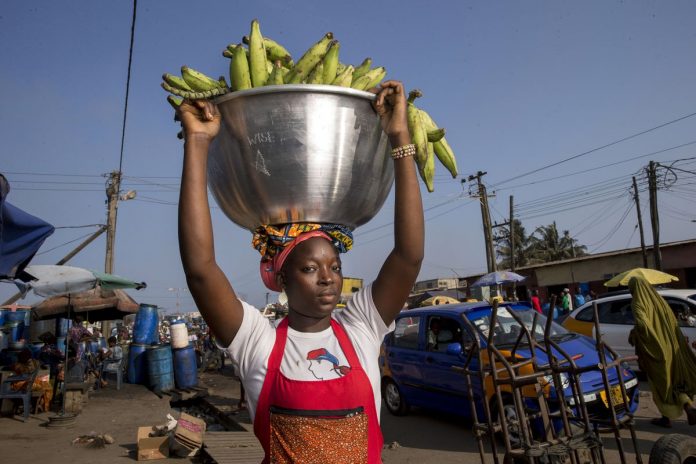 On a blistering hot day last week, a team of Ghanaians clambered out of vans into Agbogbloshie, a notoriously poor neighborhood in the capital city of Accra.

Their eyes roamed over the countless items for sale in this area that is part slum, part scrap metal yard, part market: gas ovens and barbecues, hand saws and oversize spoons, roosters and vegetables and shoes.

But they hadn’t come to buy anything. They were there to hunt for data.

Ghana is preparing to conduct a census next March — this was a trial run. The people picking their way through the heaps of wares were enumerators, census takers who canvass assigned areas. They joined the locals in their small stalls and asked questions like, “Can you read and write?” and “Do you have access to a toilet?” It wasn’t an easy place to conduct an interview — nearby, men were burning electronic waste to extract the metal in it, adding to the heat and polluting the air.

But the enumerators were determined. And for the first time, instead of the pens and papers census takers were equipped with in the past, they were carrying around digital tablets — just one sign that Ghana is taking a new approach to data.

I had the opportunity to observe them on a trip sponsored by the Global Partnership for Sustainable Development Data, hosted at the United Nations Foundation, which supports UN causes. They invited journalists to explore how Ghana and other West African countries are changing their development strategy. What emerged clearly was a growing belief in the region that if you want to fight poverty, you need evidence-based thinking and plenty of good data.

The census is a huge part of that. Although it can be easy to overlook, it’s actually incredibly important because its data informs the government decisions that shape millions of lives.

Recognizing this, Ghana wants its new census data to be more accurate, comprehensive, and granular than in the past. In addition to switching to digital tablets, it’s using satellite imagery to make sure households in rural areas don’t go undiscovered and uncounted, and disaggregating the data it collects at the district level.

The government is now seriously committed to a “leave no one behind” ethic, which means counting every single person in the population. That includes people who are sometimes called “the invisible” — those who live in slums, who are homeless, or who are institutionalized.

These people are harder to reach, but without counting them and identifying which places they’re concentrated in and which services they lack, it’s difficult to design targeted interventions that will actually help them. Ghana and other West African countries are increasingly treating this kind of data-driven approach as crucial to their development.

Sometimes called West Africa’s “golden child,” Ghana was the first country in sub-Saharan Africa to cut its poverty rate in half, thereby achieving the first of the UN’s Millennium Development Goals, a list of eight targets that world leaders pledged to meet by 2015.

By 2013, Ghana had already lowered its poverty rate from 52 percent to 24 percent of the population, according to Omar Seidu, the principal statistician at the Ghana Statistical Service.

That sounds impressive, but when researchers disaggregated the data they found that in some regions, over 70 percent of people were still below the poverty line, Seidu said. In two districts in a particularly poor region, it was as many as nine out of 10 people.

“Sometimes, hidden within the global data, there are inequities. You have to unpack the data to reveal that,” said Anthony Ofosu, a deputy director at the Ghana Health Service. He added that it’s important to disaggregate the data not only by geographical area, but also by gender and age, so as to get information on issues like maternal mortality and child poverty.

One of the major critiques of the Millennium Development Goals was that some countries saw improved conditions for people who were just below the poverty line, but the extremely poor weren’t better off. So when the UN formulated a new list of targets in 2015, dubbed the Sustainable Development Goals, it emphasized the motto “leave no one behind” as a guiding principle. Those words have become a popular development slogan.

“If you don’t want to leave anyone behind,” Seidu said, “you need to have basic information about people at every level of society.”

Ghana hopes to inspire neighbors in the region to increasingly adopt this data-driven approach, which has found strong supporters among the country’s current political leaders.