HomeStartupsFintech platform, Gona is offering to bring cashless payments and efficiency into...
StartupsFeatured

Fintech platform, Gona is offering to bring cashless payments and efficiency into public transportation in Nigeria 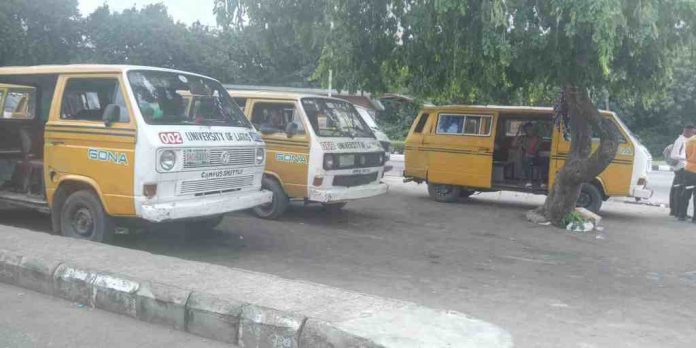 Gona, Is a payment platform that allows cashless payments in public buses. After downloading the mobile application from Google Play Store, it allows users to fund their wallet with their debit card.

At the moment, Gona is available on selected routes in Lagos, one of which is Yaba to the University of Lagos (UNILAG) campus.

On visiting the UNILAG campus shuttle park in Yaba, one of the drivers whose bus bears a Gona sticker was clearly telling people not to board the bus if they don’t have the exact fare or won’t be making payment with the Gona app.

Paying with Gona is as simple as scanning a QR code using the app and entering the number of coins required for the trip. A unit of coin equals ₦1 (0.2 cents). A ride to UNILAG campus from Yaba costs 70 points.

After a successful transaction, the commuter shows the driver the proof of payment and the driver also gets SMS notification of the payment with the name of the person that made the payment.

The driver’s unique QR code is pasted on every strategic spot in the bus, which means a commuter doesn’t have to struggle in trying to make payment.

Just like Uber or Bolt (formerly Taxify), Gona doesn’t own any fleet of vehicles. However, unlike these ride-hailing platforms, Gona is not only providing an effective payment system for bus drivers, it’s also working on improving the efficiency of service delivery.

According to Gu, the original plan was to use an Application Programming Interface (API) to ride on a local payment service provider in Nigeria. However, they couldn’t find any platform that is as effective as Alipay or WeChat Pay.

This is apparently the reason why they decided to go into payments. Gona currently maintains a partnership with the UNILAG campus shuttle union, as well as a few other bus unions in Lagos.

Right now, there’s no charge for any service on Gona and Gu reveals that the business currently doesn’t have a revenue model. Apparently, the focus for the next three years will be about user acquisition.

“Scaling the business is the primary focus for now,” he affirms.

Having gotten investments from venture capitalists (VCs) from a couple of Asian countries, Gu claims that the company is still being approached by VCs from Silicon Valley in the United States.