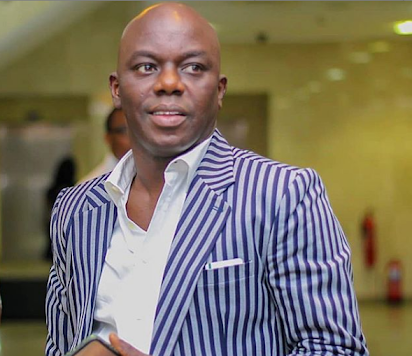 The bank had on the 30th March 2019 taken over some properties belonging to Smooth Productions and then appointed one Mr Gani-Gigado Abubakar, a solicitor and insolvency practitioner, as a manager/receiver of the company.

Smooth Productions belonging to Mr Animashaun, according to the document, could have been seized from the businessman over an alleged indebtedness to the bank.

Animashaun had earlier today released a statement on an alleged breach of contract on the side of the bank and then he also wrote that he had filed a suit against the bank at a Federal High Court.

Smooth Promotions is asking the court to reverse over N185 million in alleged interest rates over and above the agreed interest rate and other entries inputted into its account as at February 2017.

These charges were revealed by an independent audit of the company’s accounts stretching back to 2013.

The case, filed by Kemi Pinheiro LP, alleges that Heritage Bank fraudulently deducted insurance premium from Smooth Promotions’ account without remitting the money to the insurance company; charged interests that were not agreed; and a forensic audit found that almost N200 million worth of charges were not correct, Theyesng.com reports.

“So I wanted you to hear it directly from me: I have just instructed my lawyers Kemi Pinheiro LP, to file a suit at the federal high court in Lagos, against Heritage Bank. I have spent over two years doing all I can to resolve this as quietly as possible.

But I am now left with no choice but to use every available legal means to protect my reputation, secure my business, and get the redress and compensation I deserve.

Heritage bank has consistently lied to us, defrauded us, and they’re now attempting to twist the facts to make us look like the bad guys. I have spent the past 25 years of my life building a name and business; and we have been nothing but responsible corporate citizens.

I know many entrepreneurs complain about Nigerian banks and how they do nothing but try to kill us. But this particular bank picked the wrong candidate. I will not rest until I get justice and I just want to thank everyone who’s called me; and plead that you please understand that I may not be able to comment about the matter after this post, as the matter will now be in court.

I will provide further update as soon as I am allowed to” the statement read.