How a German bank executive at Goldman Sachs, turns Uber driver, just to learn how to speak english 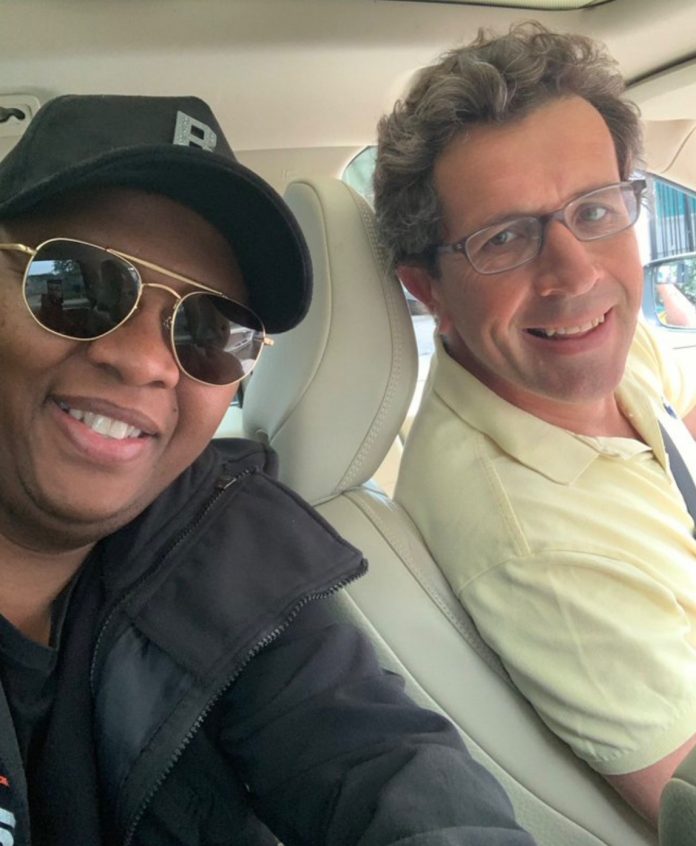 A Twitter user @XolisaDyeshana ordered an Uber, but was not only surprised when a top bank executive at Goldman Sachs showed up, but was at the same super-excited.

The man shared a photo of himself with the Uber driver who is a senior executive at one of the world’s biggest banks.According to Xolisa the driver who is German, decided to take up Uber job as a means to learn the English language faster and meet more wonderful people.

He wrote:So I call an Uber and the guy drives a really fancy car and I’m confused. Turns out, he’s a senior exec at Goldman Sachs and he’s German (moved to New Orleans 5 years ago).

So why Uber? “It’s the best way for me to learn English. And I meet wonderful people while doing it”