How blockchain technology is changing the way we play games 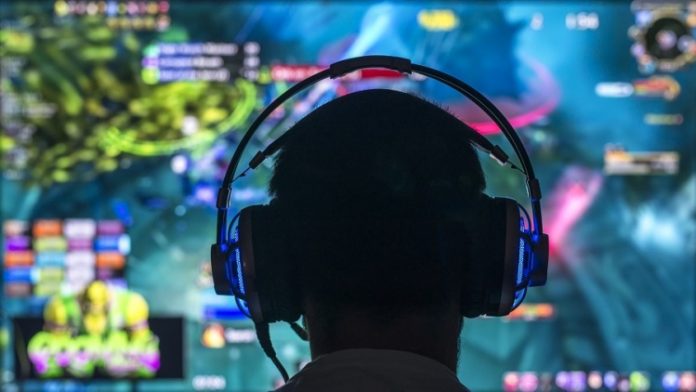 Blockchain technology became widely known mainly due to the rise of fungible tokens, commonly known as cryptocurrencies like Bitcoin and Ethereum which have been on the lips of everyone, especially in 2021. A newer token standard called a non-fungible token (NFT) has also helped to show new applications of blockchain technology outside of the common use cases we have seen so far like Decentralized Finance.

NFTs have been able to redefine property rights around digital assets, by offering an exciting way to monetize creative content in the world of digital art and collectibles. 2021 is labelled the NFT boom year as there was a growing adoption of NFTs in the digital art space.

To speak more on this, Data from The Block reveals that total Non-Fungible Token (NFT) trading volume ended the year 2021 with a total of $8.8 billion, with arts and collectables accounting for 59% of the volume while gaming NFTs accounted for 41% of the trading volume. In 2021, we saw an NFT selling for $69 million. We saw celebrities getting into CryptoPunks and Bored Apes, we saw institutional adoption of NFTs like PayPal buying a CryptoPunk.

The problem of traditional gaming

The introduction of NFTs to video games is intended to create a more equitable game economy, that allows players real ownership of their in-game assets and offering them meaningful rewards for their participation. This is a thing traditional gaming has failed to address.

In the traditional gaming ecosystems, there are a small select group of professional gamers who earn money through sponsorships, streaming and competitions. For example, popular online gamer, going by the alias, Ninja and is the richest pro gamer with an estimated net worth of $25 million. He is one of few elite players who benefits from traditional gaming models through winning prizes and signing contracts with big brands. Ninja’s success is one in a million as majority of gamers still spend money purchasing in-game assets and enhancements, without any return.

Blockchain-based games such as Axie Infinity pioneered the play-to-earn model aimed at giving gamers real property rights for their digital assets, and as a result, many players have been able to generate income from the hours spent playing. The Pokémon like game charges its users for buying and selling tokens for land and Axie characters. The platform then returns 95% of its revenues back to players as rewards for participating in the game.

During the COVID-19 pandemic, Axie Infinity became a major income stream for some people in developing countries like the Philippines for example. In fact, the Philippines accounts for approximately 40% of the games user base as the nation turned to the game as a source of income as it was hit badly during the pandemic.

Diving in deeper, into what makes blockchain games better for gamers is the gaming economics behind the platform. Here comes Forte. Forte seeks to offer a new way to create more sustainable business models for developers by integrating blockchain-powered services that would foster real economies within them.

The company is of the opinion that by opening up game economies, developers would be able to attract more players and create more ways for them to participate in those economies. They believe that by aligning gamers and developers’ incentives via ‘community economics’, it will not only give regular gamers a bigger share of the pie, but to create an even bigger pie to be shared.

To accomplish this, Forte is creating an end-to-end solution for game developers, which involves taking care of every aspect of implementation, from handling the actual transactions on the blockchains to ensuring regulatory compliance, in other to utilize blockchain platforms to build real economies for the communities of players inside games.

Blockchain had to be the center of this innovation as it enabled innovative new economic models by allowing for tokenized assets through fungible and non-fungible tokens. Blockchain helps provide liquidity to in-game economies in the form of fungible tokens representing in-game currencies, and could turn in-game assets, like weapons or character skins, into traceable and tradable assets by turning them into non-fungible tokens, which are all tradable for real cash.

Having looked at what Forte and Axie Infinity are doing, we were able to interview some crypto specialists to give their thoughts on the P2E economic model and how sustainable it is in the future.

Ajibola Lawal, A DeFi analyst, believe that they are not sustainable. He stated, “The answer is no. P2E models, if we use Axie as an example, uses a facsimile of the Ponzi model i.e. the health of the platform comes from onboarding new users. I mean, as is most of crypto, right?

“Axie has the best numbers in terms of daily users, so why exactly is it not maximizing those users in terms of ad revenue, and so forth? No idea. Maybe their focusing on aggressive growth in this phase, but that growth is now seeming to plateau out. What gimmick is next?

“And in all honesty, most crypto gaming is missing the forest for the trees and so are traditional gaming. There’s a mental dichotomy that I find rather frustrating. Regular gaming hates Crypto and Crypto is not thinking like regular gaming. Crypto gaming is just all about one thing: money money money.”

Nyan Heroes co-founder who goes by the online name ‘Wengie’ spoke on the sustainability of P2E games. She has been involved with crypto since 2016 and has also built a successful career as a content creator ranging from video blogs to DIY videos, pranks and music and has amassed almost 14 million subscribers on YouTube. The game project she and her partner are working on, Nyan Heroes, will be launching a decentralized autonomous organization (DAO) that will give its members voting rights on where donations will be allocated in the future.

Wengie highlighted that a major sticking point for P2E blockchain games is long-term sustainability. She said many P2E games are reliant on a continual stream of new users to remain profitable and suffer from players continually cashing out and taking value out of the game. She stated, “We don’t know how many players will be coming into the economy. So we need to realize that building a game is not only about the game play, but about the economic system and how sustainable everything is.”

To this, Wengie explained that her game, Nyan Heroes’ sustainability model is built off several factors, such as introducing an in-game stablecoin to reduce the volatility of its assets, staking rewards on NFTs and a triple-A gaming experience similar to Fortnite, which has “historically attracted players” who want to spend money on the game. She added, “The way we address it is to come up with a better game where users will actually want to play the game and inject value into the system to balance out the players that come into the ecosystem to take value out.” We can deduce from her explanation that the sustainability of a P2E is heavily dependent on active user base.

Frank Muci, a Venezuelan Economist, Writer and Data Scientist, in his article titled, “Are Play-to-Earn (P2E) Games Pyramid Schemes?” explained that the answer to this question is “mostly yes.” He stated, “The short answer is mostly yes, but sometimes not. It depends on the details of each game and its underlying game economy.” He further states, “A lot of the P2E gaming models out there have this same basic ponzi structure. The thing is, it’s not immediately obvious because the underlying economics are obscured by the complexity of the various currencies and assets involved (Ethereum, in-game tokens, game-related cryptocurrencies and NFTs) and by the large volatility in their prices.

“In current P2E games, instead of getting U.S. dollars for your NFT’s, you get in-game tokens or crypto-currencies on some blockchain, which you can then sell for stablecoins (like Tether) to cash out. This complicates things (cognitively) but does not change the underlying economic model or requirements for sustainability too much.

“The only way for the subset of P2E players to sustainably get money out of the game (measured in USD) is for an external income stream (unrelated to P2E) to feed money into the game. This income stream is required for platforms to buy back the crypto-assets created in-game and thus create demand for them, so that they are ultimately redeemable for stablecoins at a reasonable price.”