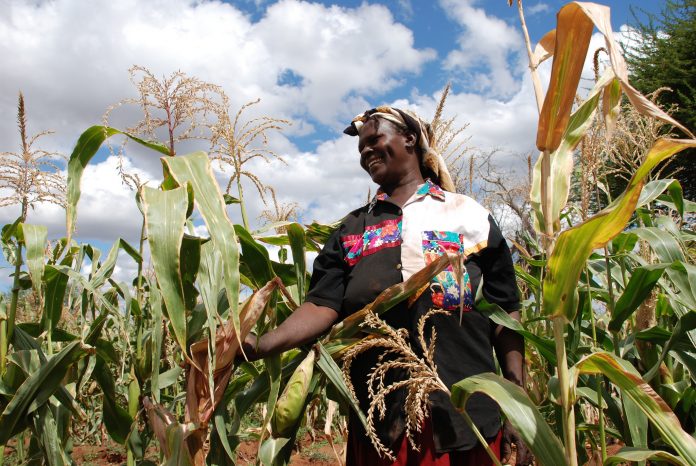 Zimbabwe’s erratic rainfall in recent years has posed a huge limiting factor for millions of farming households who depend on maize for food security and their economic well-being. Since the early 1990s, drought stress has steadily decreased the production and productivity of maize in Zimbabwe, changing the country’s role from a surplus producer of maize to a net food importer, and plunging millions of rural communities into food insecurity and poverty.

In response to this dreadful situation, the country turned to the International Maize and
Wheat Improvement Center (CIMMYT) to develop new maize varieties that could withstand drought conditions.

By switching to these drought-tolerant maize varieties, Zimbabwean smallholder farmers could dramatically increase their yields and in so doing, save their lives and livelihoods.

CIMMYT in conjunction with International Institute of Tropical Agriculture (IITA) were able to breed around 160 varieties of drought resistant maize and about 15 of them were released to the Zimbabwean farmers.

For the same amount of seeds, farmers who grew drought-tolerant maize varieties were able to harvest over 600 kg more maize per hectare, compared to those using drought-susceptible varieties. The additional maize translated to US$240 extra per hectare, giving
farmers a buffer of nine months’ worth of additional food security at no additional cost as well as extra income for other household needs.

Millions of farmers in the region benefited from the outputs of this partnership, which included support and training for African seed producers and the promotion of vibrant, competitive seed markets.

Read also: How Technology Can Enhance Agriculture’s Success in Nigeria