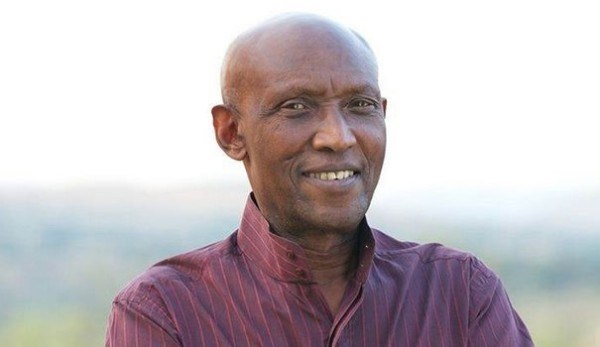 The road to success has shown to be a very long, rough, tasking process of dedication, trial and error, rise and fall but most importantly, the unabashed desire to succeed.

While roadblocks, disappointments, and discouragements are a major part of most success story, the degree to which each individual pass through this test, seems to vary.

Tribert Rujugiro Ayabata, an African who lost his mother at a tender age, got expelled from the 8th grade, however went on to build Africa’s largest tobacco company worth over $200 million dollars.

Born in 1940 in Rwanda. Having experienced a tough childhood, it got even worse when he lost his mother and was later expelled from school at the age of 13—from the 8th grade—by the colonial authorities who controlled Rwanda’s educational system and kept the country ethnically divided.

With the abrupt end of his education, Tribert Rujugiro Ayabatwa went on to obtain a certificate as a clerk and typist in a bid to get a job. Despite this effort, he was faced with another round of ethnic discrimination, which eventually forced him to run off to Burundi at the age of 19 to try his luck.

In Burundi, he got a job as a clerk, and after most work hours, he would spend his evenings at Alliance Françoise, where he studied French, the official language of the country. His fluency helped him go on to teach other Rwandans living in Burundi, French, and this taught him the very essence of selfless service and solidarity.

Since getting a job in the public sector in Rwanda, was a challenge because of ethnic issues, Tribert Rujugiro Ayabatwa went for the private sector, and landed a job in a petroleum storage company. His boss was mostly not available, and so, he was given the mantra of managing the facility. This caused him to learn highly valuable managerial skills, giving him the opportunity to make executive entrepreneurial decisions for the first time.

At the age of 29, Tribert Rujugiro Ayabatwa ventured into the bakery business. While doing this, he saw another business opportunity and began importing wheat, flour, and salt. His business acumen and growth caused him to get an exclusive salt-trading license from the government, making him to single-handedly put an end to the country’s salt shortage which earned him the title; “The King of Salt”.

By 1974, Tribert Rujugiro Ayabatwa spotted another business opportunity and ventured into the importation of cigarettes to Burundi from Tanzania. Four years later in the year 1978, his business had grown remarkably, so much that he started manufacturing cigarettes locally in Burundi, and further expanded his operations across to at least 27 African countries including Kenya, Rwanda, Tanzania, Benin, Burkina Faso, Cameroon, Chad, Cote d’Ivoire, Guinea, Guinea-Bissau, Liberia, Mali, Niger, Nigeria, Sierra Leone, Togo and Sao Tome. His brands are also sold in the United Arab Emirates (UAE).

With a personal net worth of over $200 million dollars, Tribert Rujugiro Ayabatwa, proceeded to retirement in year 2012, and since then spends most of his days on charitable works. He has interest in community development projects thereby providing about 100 homes for refugees after the Rwandan genocide, providing electricity to about 500 families near the Nshili Kivu tea plantation in Rwanda, awarding scholarships, and several other charitable works

Tribert Rujugiro Ayabatwa is a man who’s at the forefront of any opportunity he spots early on. He stands as a classical example of can do African spirit.