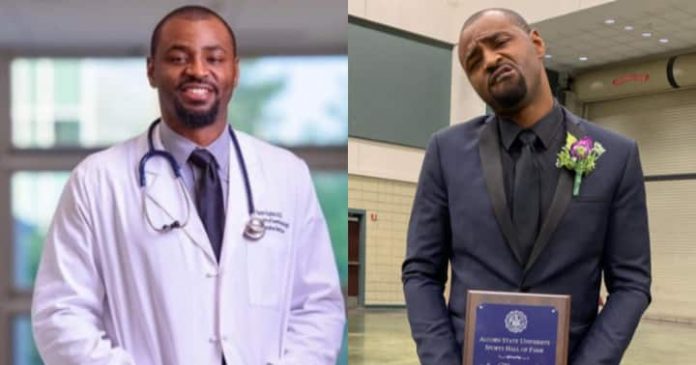 A former US football star identified as Nate Hughes, has shared a long list of his achievement to inspire the next young generation.

Former American football wide receiver, Nate Hughes, has inspired people through his achievements as he lists his remarkable milestones on social media.

In a Facebook post, the ex-Cleveland Browns player shared his journey, although some are of public knowledge.

Hughes disclosed that he has a master’s in Nursing, a doctoral degree in Medicine, and has been honoured by the Alcorn State Univ Sports Hall of Fame for his outstanding feats.

Hughes earned his Baccalaureate Nursing at Alcorn State University, where he also received his Master of Science in Nursing.

He went on to graduate with a doctorate in Medicine at the University of Mississippi Medical Center.

Despite his long list of accomplishments, Hughes aims to become Cardiothoracic Anesthesiologist as he is currently an Anesthesia Chief Resident.