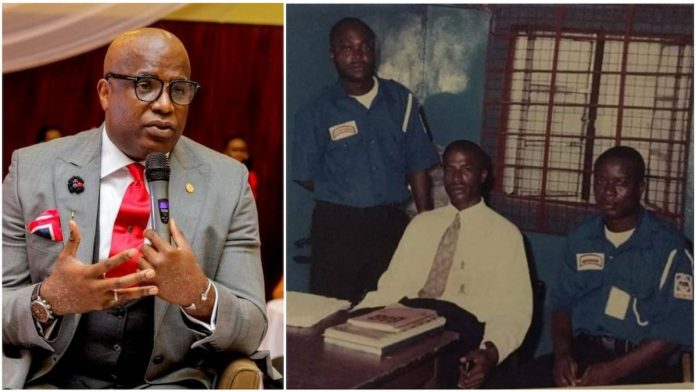 Ubong King, a former security officer now a life coach, and consultant shared his throwback photo to show how well he has progressed in the past two decades.

Ubong said he used to be a security officer in Ajegunle, Lagos State, Nigeria 20 years ago. He said even if someone had told him earlier that he would later turn at great in life he would have doubted.

He explained that to get to where he is right now, he had to constantly pursue self-improvement every day.

See also: Nigerian lady celebrates on becoming an Assistant Branch Manager of a bank in Canada

He encouraged his followers on Instagram, saying anybody’s life and could also change positively if they work and dedicate their time to things they are good at.

cfonglobal said: “I dnt know which is you in the picture, u are a blessing and an inspiration to your generation.”

tempili said: “Where’s that shirt, please? It must be a mantle to behold.”

See also: 5 Weirdest And Stupidest Things Millionaires have Ever Done! No 4 Is A Genius!

lailastmatthewdaniel said: “You are an awesome man to be emulated by all. A great mentor and leader! Well done dear .”