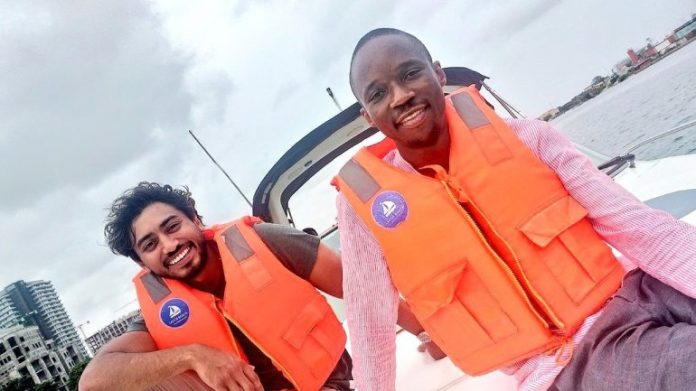 Mymediaafrica.com made a report earlier about the resignation of Jobberman’s Co Founder, Ayodeji Adewunmi, a company he started in 2009, while in University, with two other colleagues.

His exit marked the end of a 10-year journey into building arguably the biggest job and recruitment site in Sub-Saharan Africa.

Ayodeji will take an operational role in Gokada, as Co-CEO along lead investor and founder, Fahim Saleh.

As the President and Co-CEO, Ayodeji is responsible for finance, operations, people, and regulatory affairs, while Fahim will be in charge of products, tech, and marketing.

If you recall there have been allegations of bad blood and mismanagement in Gokada lately, which led to the stepping down of former CEO, Deji Oduntan. However, Ayodeji assures that his appointment has nothing to do with the outgoing CEO of the company.

Regardless, Ayodeji already has his work cut out for him. With Jobberman, he helped build a solid company to the point of a full acquisition by OAM. But will that experience be enough going into mobility, a space which for him remains uncharted?

Despite the obvious lack of experience in the mobility and transportation industry, Ayodeji’s expression about playing in a new space was that of optimism.

“I’ve been in the Nigerian tech scene long enough to understand the space. Gokada will change the face of motorcycling in Nigeria and our individual experience as co-CEOs will play a huge role,” says Ayodeji.

Indeed, his co-CEO, Fahim Saleh has experience with building and investing in companies in the mobility space. He founded Pathao, a Bangladeshi transportation network company that has one of the most popular ride-sharing services in the country.

Wishing Ayodeji the best of luck in his new role

Share
Facebook
Twitter
Pinterest
WhatsApp
Previous articleMeet young entrepreneur, Waiz Rahim who is building the Amazon of Bangladesh
Next articleGhana Audit Service has launched a mobile app ‘Citizens-Eye’ to track the use of public funds in the country
RELATED ARTICLES
Featured