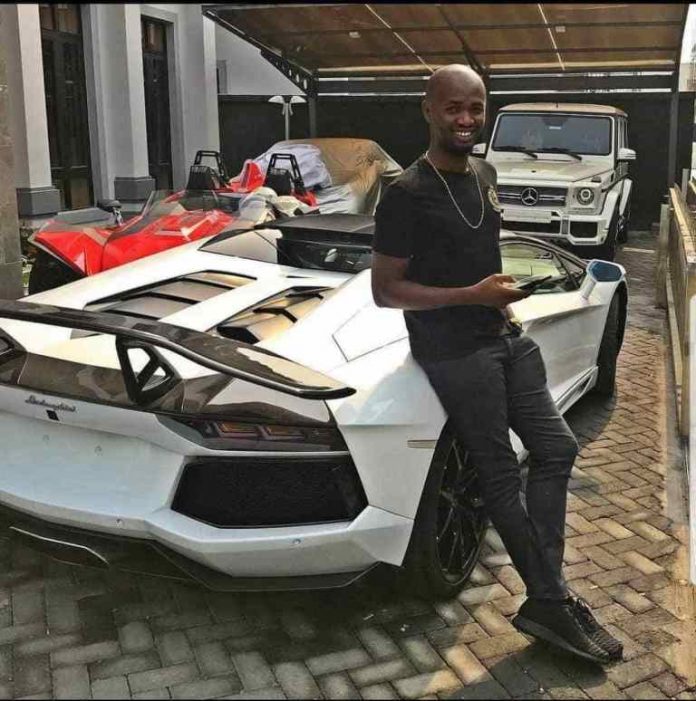 From the blings to the first class travels, fast rides, expensive shopping, expensive cars, exotic holidays and expensive trendy fashion he has it all as he shows them off.

He walks in money and has over the years created a unique wealth identity for himself. His name is Joseph Ezeokafor Jnr. aka Jowizaza, hailing from Ekwulobia in Anambra state.

Jowizaza is a philanthropist known and loved by many who in one way or the other has benefitted immensely from his genorousity. He is an alumnus of Sacred Heart Seminary in Enugu, Madonna University in Okija and Coventry University in London.

Jowizaza to some in their own analysis is regarded as the youngest billionaire in Nigeria as he is still in his 30s. However, some dispute this fact that, raising questions on the legality of his wealth due to the scanty business profile about him.

Interestingly, clarity can be given to this controversy if we view Jowizaza from the view point of being one of the directors of Jezco Group and also the son of Chief Joseph Ezeokafor owner of Jezco Group.

Basically, his flaunt of wealth is majorly done on instagram, which includes a show off of different exotic/luxurious cars in his garage, his shopping from expensive designers such as Gucci, Zara, Louis Vuiton, Dolce and Gabbana, etc.

Although there are rumours that some of his flaunts are faked, eyewitness account from people opportuned to be close to makes it understandable that he works hard with his Father to make the money he spends on luxury through their company which deals on Petroleum products and engine oils.

In today’s Nigerian contemporary wealthy circle of the young and getting it, the name Jowizaza has grown to become a household name even in the mouths of other young billionaires. He is known and respected for the uniqueness.

Some say that he his one person whose charity gesture can change one’s life for good.

Thus, people ranging from the high and low of the society flock around his house to see his good face as it is hoped that their life would change or be better.

Even some celebrities, musicians, actors and other famous personalities sing his praises and try to clinch themselves to him so as to belong to the friend of Jowizaza category.

In addition, despite his flaunts, much of his personal life is barely known as he keeps a low profile in that regard.

The fact that Joseph Ezeokafor Jnr. aka Jowi Zaza is one of the under 35 wealthiest minds in the country and at the continent at large cannot be overemphasized.