JPMorgan becomes the world’s first bank to enter the metaverse 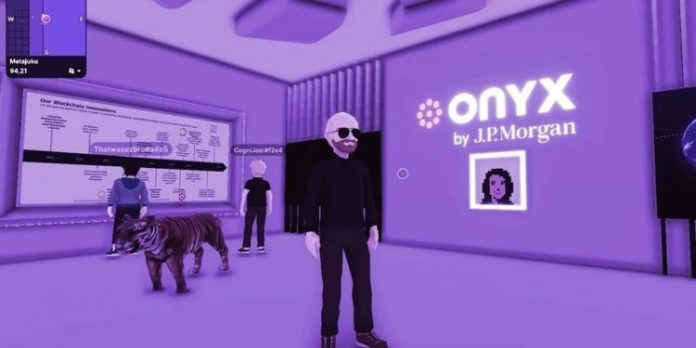 JPMorgan, the largest bank in the United States, has become the first financial institution to enter the metaverse.

The bank has opened an Onyx lounge in the blockchain-based virtual world decentraland, where it will be available to customers.

The Onyx Lounge provides JPMorgan’s customers with Ethereum-based services, which are all described in detail in a report that was recently published.

The bank has published reports on the acceptance of cryptocurrencies in the mainstream economy.

‘The metaverse is expected to infiltrate every sector in some way over the next few years, with a market opportunity estimated to be worth more than $1 trillion in annual revenues,’ according to the report.

The bank’s report informs customers about the metaverse without introducing them to all of the unnecessary “noise” that comes with new technology.

Moy believes that there is tremendous potential in improving the lives of customers through the use of the internet.

JPMorgan Chase now holds the distinction of being the world’s first bank to enter the metaverse.

More than that, companies such as McDonald’s, Tencent, and Huawei have been aggressive in their applications for metaverse trademarks.

It is predicted that most businesses in the physical world will be available in the metaverse in the future, according to JPMorgan Chase.

The metaverse experienced a surge in popularity last October, when Facebook announced that it would change its name to Meta to reflect its increased emphasis on the virtual world, where users will be able to work and socialize.

JP Morgan has stated that it intends to “play a major role in the metaverse,” and that it may be able to assist in addressing issues in the virtual world that are currently dealt with in the real world, such as account validation and fraud prevention.