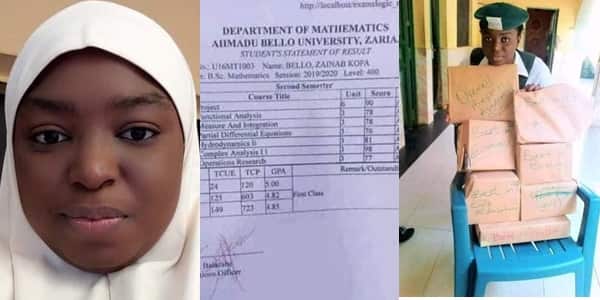 Since the establishment of the Ahmadu Bello University, Zaria in the year 1962, no female student has graduated with a first-class in Mathematics. Well, that 60-year-old record has been shattered by a bright lady known as Zainab Bello.

Zainab finished with an impressive CGPA of 4.85, a record that has never been achieved. The Department of Mathematics in ABU was established in 1962, the same year the school came into being.

She has been the best from nursery school Zainab’s academic prowess apparently did not start today. A post made on Facebook by Mohammed Ali shows that she has consistently emerged as best since her nursery school days.