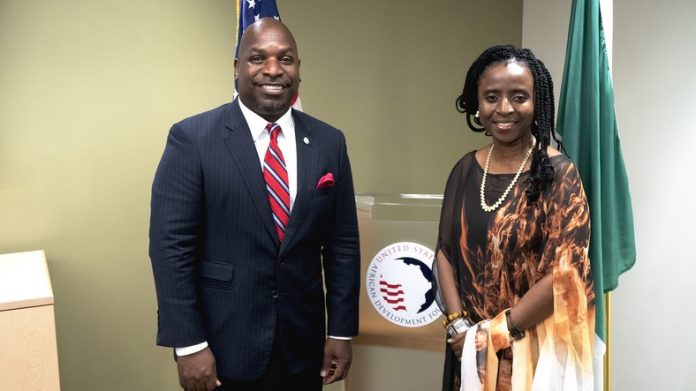 The Lagos State Employment Trust Fund has signed a $10 million partnership with the United States African Development Foundation to “support 15,000 youth in Lagos State over the next 5 years.”

LSETF says that the partnership is aimed at training young people in Lagos State, and providing them with internships and supporting their entrepreneurial dreams.

LSETF is a fund established by the Lagos State Government in 2016 with an initial capital of N25 billion ($69.5 million) contributed over 4 years to create jobs and wealth for state residents. LSETF also has additional funding from external donors, development agencies and private individuals and corporations.

USADF is the US Government’s African enterprise development agency that invests in grassroots small businesses.

“The average age of a Nigerian today is 17.9 years old, and the country’s population is growing at a rapid rate. It is therefore essential that the investments USADF makes in Nigeria, alongside partners such as LSETF, to address youth unemployment prioritise entrepreneurship, job creation and placement, and income generation,” C.D. Glin, USADF’s President and CEO, said.

Through the program, 3,000 people aged 18-35 will be trained annually for 5 years. Each of them will also be eligible for an internship for up to six months, with the expectation that they will then go on to secure full-time jobs or suild their own businesses.

Earlier in 2019, LSETF said its beneficiaries had created nearly 90,000 jobs, it has funded 7,817 Micro, Small and Medium Enterprises, and 89% of these businesses have been able to pay back loans from their income and profits.