HomeInvestmentLekki: From a Local Slum to a Mega City
Investment

Lekki: From a Local Slum to a Mega City 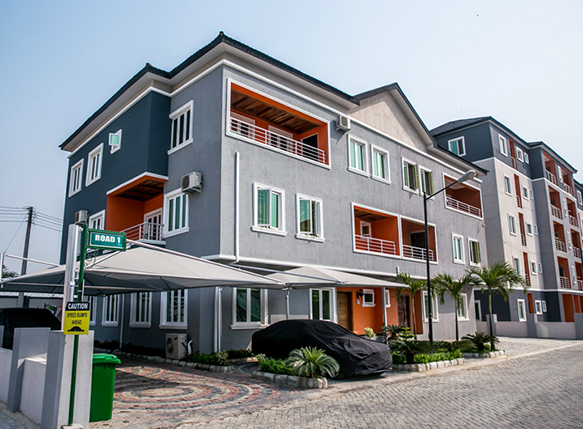 The Lagos metropolis; Lekki, has become a haven for the high and mighty. Lekki Peninsula is an area on the Lagos Island in Nigeria, which houses expensive homes that throws poverty into the Atlantic Ocean. The Peninsula adjoins the commercial and highbrow Victoria Island area and the very pricey Ikoyi area.

Lekki has got a reputation as an area with one of the most expensive real estate assets in the world, yet the irony of this, is that Lekki was once a deadly shanty town, a slum mostly housing fishermen.

Lekki, formerly known as Maroko, a slum inhabited by poor people, mainly the poorest of the poor in Lagos, before it was destroyed by the then Raji Rasaki led State Military Government of Lagos state. Today, owing to the level of advancement in the area, not many of the inhabitants or visitors know the history of that area, it is therefore imperative to historicize.

Some twenty five years ago, families resident in Maroko then a slum in Lagos, were evicted from their homes and sacked from their businesses and farms ostensibly to save them from slum-related diseases and avoidable death. People of extreme low economic class were kicked out of their homes by heavily armed soldiers under the watch of Colonel Raji Rasaki who was dispensed by then Military President; Ibrahim Badamosi Babaginda.
The eviction script in the early hours of July 14, 1990 was executed with Military precision and, with no intent to take prisoners. But the soldiers in their late teens were emboldened by lack of resistance from the terrified women and children to counter their terror, blowing off roofs, kicking down doors, taking women and girls against their will like in real war scenario. It may have been their first opportunity to engage in official violence and, a rite of passage for them to lose their innocence. Families ran everywhere looking to connect members who sprang from sleep to devastation. They sustained varying degrees of injury from flying roof sheets, while some drowned in uncovered wells they didn’t know were in their flight path. That once murky place is today known as Lekki and all that history thrown down the drain with the name Maroko.

The Lekki sub-region comprises a naturally formed peninsula on the Atlantic Ocean East of Lagos City and on Lagos lagoon. It is the most rapidly growing areas on the coast. Its sandy beaches, including Lekki/Eleko Beach and Oso Lekki Backwaters. The area relics of Portuguese and other imposing architecture, which makes it a tourism goldmine.

Housing in Lekki is usually in blocks of adjouring flats. Most homes are furnished with running water and electricity. A standard three-bedroom flat for rent takes not less than N900,000 to perhaps, N3 Million, on average, per annum.
The area is distinguished as most of its residents are elites resident in Lagos, working in big firms, multinationals or running their own businesses.
Due to its proximity to the Epe Bridge and the Lagos/Sagamu/Benin expressway, Lekki is a gateway even to Southeast Nigeria.

The popular Ilasin Market, otherwise known as Lekki Market by expatriates sells fruit, vegetables, art and artifacts from Nigeria and other parts of West Africa. However, prices are generally higher here than in other parts of the city of Lagos. Lekki also has a seaside pleasure garden and water sports.

There are two phases in the Lekki vicinity, which are Lekki Phase 1 and Lekki Phase 2. Lekki Phase 1 is considered to be one of the most expensive places to live in Lagos State. This is due to the level of metropolitan developments which it has witnessed over the years. In fact, Lekki phase 1 comfortably mimics metropolitan cities around the world. Interestingly, it is been rumoured and argued amongst most residents of Lagos that Lekki peninsula vicinity is the best area to live and work in Lagos.

Due to the extensive development going on at Lekki, major destruction of the remaining pristine swamps and little wildlife habitats left in Lagos state has occurred. However, the only place where conservation of nature is found is at the Lekki Conservation Center which is run by the Nigerian Conservation Foundation.

Asides the daily traffic, it is noticeable that construction works are never ending in Lekki. A common trend also is that a lot of Lagos residents working in Victoria Island also live in Lekki. The continual commercialization of Victoria Island, which used to be very residential, has made that inevitable.

Imagine an area designated for global companies to trade, an area which will include a new international air and seaport, light railway and national park. In addition, Lekki is essentially a new city within Lagos, which is designed to create millions of jobs, ease the chronic congestion at present, in Lagos State and provide residential accommodation to the growing upper and middle class citizens of the State.